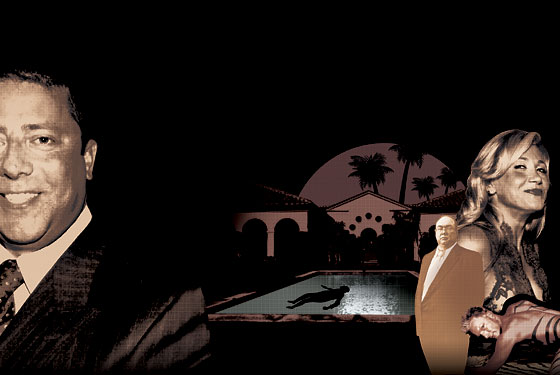 Psychic scams have always been happening globally. In the 21st century, technological advancements and the development of social media platforms allow us to share and receive certain information about such cases. Due to the fact that the nature of psychic services is pretty mysterious, it is not that easy to tell whether the reading is false. For that reason, millions of people get scammed by fake psychics.

The majority of psychic scam cases involve stealing money from clients by telling lies and providing misleading information. Oftentimes, fake psychics use personal information obtained during the sessions to retrieve money from their customers.

One of the most famous psychic scammers is known as Billy Ash, AKA “Ask Billy.” His name is associated with the death of hedge fund manager Seth Tobias. Although Billy was not involved in Seth’s death, he scammed Tobias’s wife Filomena and shared fake information with investigators.

In this article, you will find some information about Seth Tobias’s death and how Billy Ash used personal information obtained during psychic sessions with Filomena to make false accusations against her.

Who Was Seth Tobias and How Did He Die?

Seth Tobias was a hedge fund manager who frequently appeared on CNBC TV shows, including Squawk Box and Kudlow & Company. Seth had four brothers and was married twice. His first wife was Tricia Zocchi and at the time of his unexpected death, Seth was in a marital relationship with Filomena Tobias (Phyllis).

On September 4, 2007, Seth Tobias was found dead in his pool by Filomena. Seth’s estate was worth over $25 million and since his will had not been updated after the divorce, the only surviving spouse to his property was Seth’s current wife, Filomena. For that reason, dozens of people, including Tobias’s four brothers and Billy Ash, accused Filomena of poisoning her husband and letting him die.

And this was when everything got even trickier. A California man, Billy Ash, appeared from nowhere and provided false statements about Filomena killing Seth. Check out the following section for further information on Billy Ash and the psychic scam case.

Who is Billy Ash and What Were His Accusations Against Filomena?

In his letter, Billy shares additional details on how Filomena hired a voodoo specialist and asked her to put a death curse on Seth in exchange for $100,000. He also claims that Filomena had not called 911 in time and had not been assisting the investigation. According to Billy, the only reason why Filomena settled was that she did not want to darken her name.

Billy even called Seth’s brothers and told him that Phyllis was the one who killed the multimillionaire by overdosing him on sleep medication. Tobias’s brothers used this story to block Filomena from receiving her husband’s estate.

Finally, investigators reported that Billy was not Seth’s personal assistant. Instead, he was Filomena’s personal psychic. Although Billy claimed he had recordings of Filomena confessing about committing the murder, police could not find any documentation that would prove the psychic right. Billy just made up a story and strengthened his arguments by sharing Filomena’s personal information obtained during psychic consultations. Luckily, the scam did not work and Filomena was not charged.

Was Billy Ash Charged for His False Accusations and the Use of Personal Information?

Although Billy Ash scammed Filomena, shared her personal information without her consent, and accused her of killing Seth Tobias, the fake psychic was not charged for the crime.

As Billy claimed, Filomena poisoned her husband to gain control over his $25 million inheritance. As reported by police, Ash was found to be an unreliable witness and his stories lacked authentication. Since investigators could not find any evidence against Filomena, she was cleared of charges and was eligible to receive Seth’s inheritance.

Seth’s death was determined to be by natural causes that involved the intake of cocaine, zolpidem (Ambien), and alcohol.

How Can I Avoid Being a Victim of a Well-Organized Psychic Scam?

If you are not a wife/husband of a millionaire, you should still be very careful when consulting psychics and fortunetellers. Fake advisors commonly use pre-planned tricks to fool you and take advantage of your unawareness.

In the case of Billy Ash psychic scam, Seth Tobias’s wife, Filomena, could have been arrested since she had shared personal information with her personal psychic. To avoid a similar psychic scam, you have to be extremely careful and attentive when talking with a psychic.

Some of the general factors you should consider before visiting a psychic include:

To learn more about the issue, check out our ultimate guide to avoiding psychic reading scams and protecting yourself.