Can kids be Psychic? 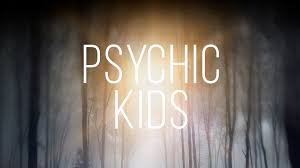 can kids be psychic?

Can kids be psychic?

Children are born with a natural connection to spiritual realms, and many times experience psychic phenomena without being aware of it. In actual fact, some children are better empaths than adults! Most children are blessed with psychic gifts, but they are generally lost with age as they grow conditioned to left-brain thinking.

Until the age of 7, children can move between the physical world and spiritual planes seamlessly while they are still young enough to retain a secure connection to their gifts. Around the age of 7, kids start entering school, becoming indoctrinated in the rational world of analytical thinking, which teaches us that dreams are just dreams and angels are just imaginary friends.

But the reality is that throughout history, there are numerous accounts of children with psychic abilities. You only have to do a quick google search to find dozens of threads about kids who have ‘seen ghosts’ or communicated with relatives that have passed.

Psychic children come into the world with the characteristics of old souls who are typically more empathetic or sensitive to those around them. They may even have the ability to predict events in the future.

Other signs of supernatural gifts include visions, the ability to see auras or orbs of light. If adequately nurtured these gifts can remain with them as vital tools for the rest of their lives.

Tobin Hart, a PhD professor of psychology, speaks candidly about his daughter in, The Secret Spiritual World of Children saying that he “…noticed that she (his daughter) was able to tap into insight and wisdom that were simply beyond anything he had previously noticed in a six year old either as a parent or psychologist. “.

Harts observation aligns with common signs that your child is not just open to higher frequencies but is perhaps spiritually gifted. He goes on to describe a conversation with his daughter where she opens up about seeing angels telling, Hart ‘I do see them, and it’s like I can feel them and know they’re there. It’s like they’re having a tea party and they’re talking about me… they let me know that I am loved.”

Kids are open to high vibrational frequencies as they aren’t preoccupied with to-do lists, work stress and family responsibilities. They are the definition of being mindful, and so they find it easier to engage with spirits or practice the kind deep meditation we as adults can spend years trying to develop. Think about a child so wholly engrossed in colouring or playing blocks they forget about everything else around them.

In this state of extreme concentration, they have greater access to the surrounding energy, much like experiencing transcendental meditation. In these moments, it’s not uncommon for children to create mystical or prophetic images by channelling that energy, then painting what they feel without question.

Incredibly, there are even those who are born with the ability to remember their previous life. Extraordinary cases abound of kids with unbelievable knowledge of the lives of total strangers.

Jim B. Tucker is a child psychiatrist and professor who has compiled 2,500 cases of children who can recall their past life. Between the ages of 2-5 years old, children who remember their reincarnation spontaneously begin describing events or the life of a person they did not know in great detail.

Often the memories manifest as recurring dreams. There are many cases in which the child has nightmares about how they had died. Some children express knowledge of their past incarnation with statements that they have a wife and kids or that they don’t belong to their parents.

One such story comes from a remarkable two year old boy from Louisianna who experienced recurring nightmares about dying in a plane crash. James was able to provide enough details that after two years of exhaustive research, his father was able to ascertain that the plane James dreamed of was a real plane flown during the second world war which crashed precisely the way he described it.

There is a belief that children who are born with psychic gifts are here to be lightworkers for humanity. A widely held view is that the number of psychic children is increasing. The reason for the increase is that these extraordinary little beings are here to support our collective growth.

When children have vivid, provable memories of their previous life, it reminds us that we are in a continuous cycle of rebirth. The light and love that psychic children bring to the world enable us to reconnect with our higher selves.

If you have kids yourself or in your family, be open to their capacity for spiritual insight, their intuition may be on point. They may have important messages we need to hear!