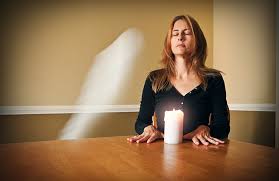 Fiona Johannson is more than your typical medium. She has used her psychic gifts to successfully assist private investigators, work with local, state and federal law enforcement.

It began when Johannson’s neighbour went missing, and she developed a terrible feeling that something was wrong. Thanks to clairvoyant insights Johannson shared with the police, they were able to locate the woman’s body and consequently make an arrest.

Incredible as it may seem this is not an isolated incident. Psychics have provided invaluable assistance with cold cases, missing persons and gruesome murders. The value of supernatural guidance in criminal investigations is often underrated. But this is unsurprising.

More often than not, psychics are the ones who reach out to police during an investigation. Police stations are often inundated with phone calls from fraudsters seeking fame who claim to have visions or dreams that can solve the case.

Not every call turns out to be a grab for attention, there are a number of documented cases solved with the assistance of a psychic just like Fiona Johannson.

In 1980 Melanie Uribe suddenly disappeared. Police were unable to find her until Etta Smith came forward with a vision that could help locate Uribe’s body. Her intuition on the matter was so strong that she went ahead of the police and managed to find the exact location of the woman’s body.

Smith was promptly arrested by local law enforcement who were unaccustomed to psychic phenomena. Luckily the real murderers were caught a short time later after bragging about the crime. Smith was swiftly released upon their capture and confession.

Kirsty Robinett was integral to Ashley Howleys family finding peace after she went missing in 2005. Howley’s case had gone cold, but her spirit hadn’t.

Robinett claims to have been pursued by Howley aking for her help. Over time the medium developed a relationship with the young girl’s spirit and learned the whereabouts of her body. Robinett also uncovered the identity of the killer as Howley’s boyfriend.

In 2008 the girls remains where discovered in the exact location Robinett had passed on. Howley’s former boyfriend was already in jail for unrelated murder charges.

When two 10-year-old girls tragically went missing in 2002 psychic and medium Dennis McKenzie was called to support the investigation. Mckenzie provided vital information which led to the discovery of the girls and the arrest of their killers.

After Holly Wells and Jessica Chapman vanished, McKenzie was contacted out of sheer desperation for any kind of help. There was no hope to offer the families as McKenzie immediately saw the girls had been killed. He knew this days before the police were able to confirm it.

McKenzie gave an accurate description of the man and woman he saw as the murderers, their car and the road they took to dispose of the bodies.

Everything was proven correct, and the father of Holly Wells publicly praised McKenzie’s gifts.

Dennis McKenzie also contributed accurate information he had intuited in the case of a missing teenager Richard Kelly in 2006. Kelly’s body was found thanks to McKenzie’s insights.

The incredibly talented psychic Greta Alexander shared significant clues with police in the case of Mary Cousset in 1983. Alexander predicted not only who would find the remains but the state they would be in, information unknowable to anyone but God, Mary and the killer.

According to Alexander Mary Cousset would be found by a man with a bad hand. She believed that the letter S would be relevant to the discovery.

The man who found Cousset was called Steve Trew who’s hand was injured sometime before. Alexander also managed to accurately where the body was buried and provided 22 other clues which help bring the murderer to justice.

A four-year-old was kidnapped in Brooklyn in 1961. Struggling for leads, the police reached out to Gerad Croiset for help. Croiset was a well known Dutch psychic and medium. In an intriguing twist, Croiset gave police valuable information about the girl’s location and murderer without leaving the Netherlands.

It only took a photo and a map for Croiset to track the girl’s whereabouts and confirm that she had been killed. The description he gave of her killer matched the man eventually arrested for the murder.

Psychics are not typically brought in to help solve cases, but proof of their value is undeniable. Insights, visions, dreams or supernatural guidance don’t always lead directly to the arrest of a criminal. Instead, a psychic’s skills tend to bring closure to a family by helping them to find their loved one so that they can be put to rest at last.