Can You Learn Telekinesis? 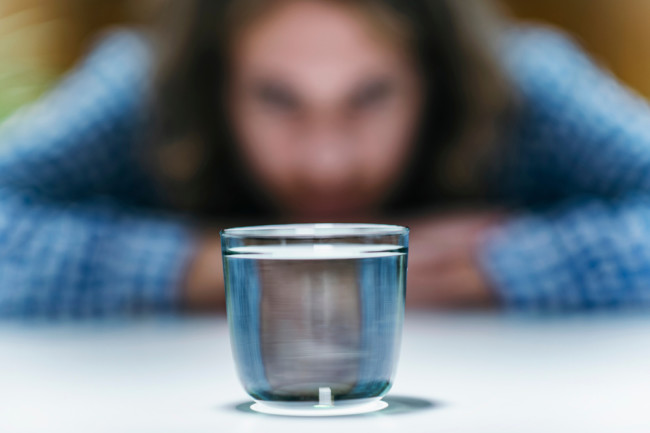 Can You Learn Telekinesis?

There have been so many scenes of telekinesis in the movies that it’s hard not to associate it with a superpower. From Carrie to the X-Men, the ability to move objects with our mind is one that has fascinated and intrigued us for centuries. But is it real? Can you learn telekinesis? Let’s find out!

Telekinesis is the Greek word for “far off” and “movement”. It is also known as “psychokinesis, another Greek word for “soul” and “movement”. Though the concept may have been around for much longer, it wasn’t until the 1890s that telekinesis gained the attention of a Russian psychical researcher and then the world. Essentially, telekinesis is the ability to influence a physical object without any physical interaction.

The ability to move things using the mind can be activated and controlled. This is often through a specific concentration (think of Sylar in the series Heroes) or through emotions (Carrie’s anger at the prom). Some people are able to move things by using their thoughts.

There has been a fine line between those who believe they can move objects with their minds and magicians who tell people they can manipulate objects. Probably one of the most notorious of our generation is Uri Geller, a self-proclaimed psychic, illusionist and magician.

In the 70s, Geller demonstrated his telekinesis skills by bending a spoon on TV. Throughout the 70s and 80s spoon bending became probably the most popular case of telekinesis around the world. In 1996, a BBC TV program pulled a stunt on Uri Geller, having hidden cameras at different angles. The cameras clearly spotted Geller bending the spoon with his hands. Thus, a magical illusion damped the hopes of many believers.

Can Anyone Learn Telekinesis?

According to Scott Adams’ book, God’s Debris’, we all have telekinetic abilities, as minute as they might be. Here is the science part!

Every thought you have is a series of electrical impulses along with the movement of neurotransmitters—molecules in the brain. Neurotransmitters contain gravity, as does all matter on earth. The thought that you made caused a shift in gravity and therefore a shift in your gravitational field. Changes in your gravitational field can have an effect on every other atom in the universe. Naturally, these atomic shifts aren’t noticeable, or we would all be moving our preferred objects into our own reach.

Like any spiritual or psychic ability, it must be worked on to be developed. It also requires a belief in your own ability.

What Are the Levels of Telekinesis?

How to Learn Telekinesis

To master the art of mind over matter, you will need exceptional levels of concentration as well as patience and determination. It’s not a case of thinking about something hard and then it moves.

Begin by choosing the object you wish to move. In the beginning, it’s best to try with something light, a piece of tissue paper or even a feather. Next, you have to begin to focus solely on that object and hold that concentration. You may find it hard to get the initial focus, so some people prefer to meditate or practice deep breathing beforehand. It’s also a good idea to keep your area free from distractions too.

The chances of the object moving on the first go are unlikely so don’t feel frustrated or feel that you can’t do it. Like any skill, it takes practice. The other thing to remember is that your mind is still a muscle that is working and working hard when trying to kinetically move something. Give your mind time to rest before trying again. On a similar note, if you are tired or have a lot on your mind, it is probably best to wait until you are more relaxed.

Can You Learn Telekinesis— Conclusion

There is a giant leap from having a thought that alters your gravitational field to being able to move a small object. For some, it will only be a thing in the movies. Others may try and not have the willpower to continue trying. As there is no way to prove telekinesis it’s up to you to believe in the ability. The good news is, there is plenty of advice and help for you to develop your telekinetic skills, even things guided meditation videos. It’s well worth checking out these types of videos as they have been created with concentration in mind.

We can’t stress enough that if you are going to practice telekinesis and become successful, you shouldn’t want to cause any harm. The world is already full of enough negativity and don’t forget the potential impact on your Karma!