Can you tell if a loved one who has passed is near? 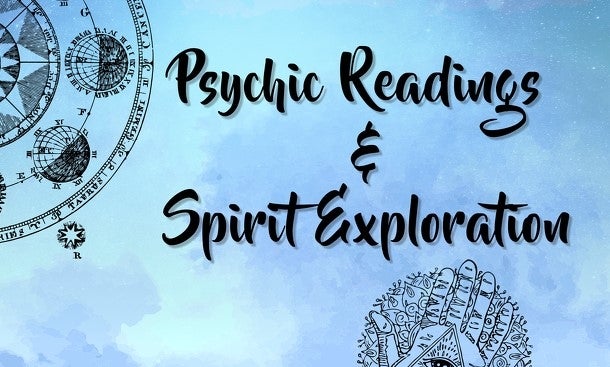 Can you tell if a loved one who has passed is near?

There have been two important men in my life, my father and grandfather both of who passed away many years ago now. My grandfather was the first to make the transition from this world to the next, and to this day, his presence in our lives is so strong it still doesn’t feel like he’s completely gone.

My grandfather, Pop as I called him, had a close relationship, we were probably closer than other members of our family and could spend hours talking. Pop had a habit of strolling in the house like a charismatic Santa, chest puffed up, a huge grin spread beneath a magnificent thick moustache, eyes trolling for any good snacks in the kitchen while he patted his belly.

It’s something that I haven’t had a chance to miss because he so frequently makes these visits in my dreams. On numerous occasions, I have gone to sleep, my grandfather the last thing on my mind, only to find myself having vivid, powerfully emotional dreams of Pop strolling into my room patting his belly. But this time, instead of looking for food, he is checking to see if everything is ok. When he satisfied, he nods his head and walks back out without a word. Other time Pop will visit and ask if my grandmother is ok. Pop is hard to miss because he’s never far away!

My Pop was a heavy smoker, and for a few years, so was I. That was something we also shared when he was alive as the rest of the family understandably disapproved of our bad habit. After he passed, there were several occasions when I would be sitting quietly, enjoying a cup of tea and smoking and notice a strong male energy beside me. Sometimes there would be a wif of menthol, Pops favourite type of cigarette and I would know he was with me.

My father passed away five years after my Pop and has left us with no doubt that he is still around! The first time he made his presence known was immediately after his funeral. I had stepped outside to get some fresh air, and as I was admiring some beautiful roses, I became overwhelmed with emotion then heard my dads voice at my shoulder speaking clear as day, ‘I thought you’d be glad to get rid of me’. It was his typical dry, sarcastic sense of humour trying to break through the tension with a tension.

Over the years he has made many appearances in dreams to give advice, support and once to warn about a health condition my uncle (his brother) was keeping secret. In a dream, my dad appeared wearing a suit, something he had never done in his life, looking sombre and delivered the news that my uncle was sick and keeping it a secret.

It turned out to be true. My uncle was diagnosed with treatable cancer but chose to hide it from the family for fear of upsetting us.

Recently my aunt and her family went through a patch of waking up 3am every morning. The baby would be wide awake and smiling happily, and my uncle, who is harder to rouse, would wake up to a feeling that his big toe was being squeezed or tapped. It continued until we realised that it was my dad’s birthday, the days leading up to it he had been trying to get the families attention. As a child squeezing my big toe or tapping, it had been my dad’s way of waking me up for school.

There are times when a butterfly will seem to come from nowhere and fly right into my face or feathers appear at my feet and in these moments my thoughts are always immediately directed to either Pop or dad depending who is near.

When a loved one is close by synchronicities increase which relates to them, for example, you hear their favourite songs on the radio then are introduced to someone with their same name. You might find yourself spontaneously thinking of them then discover a coin or feather in your path.

Spirits often leave little signs or gifts like flowers, coins, feathers to let you know they are near. You might feel their presence and catch a wif of their scent. Smells are a common sign that a spirit has come to visit.

Signs you are close to a loved one