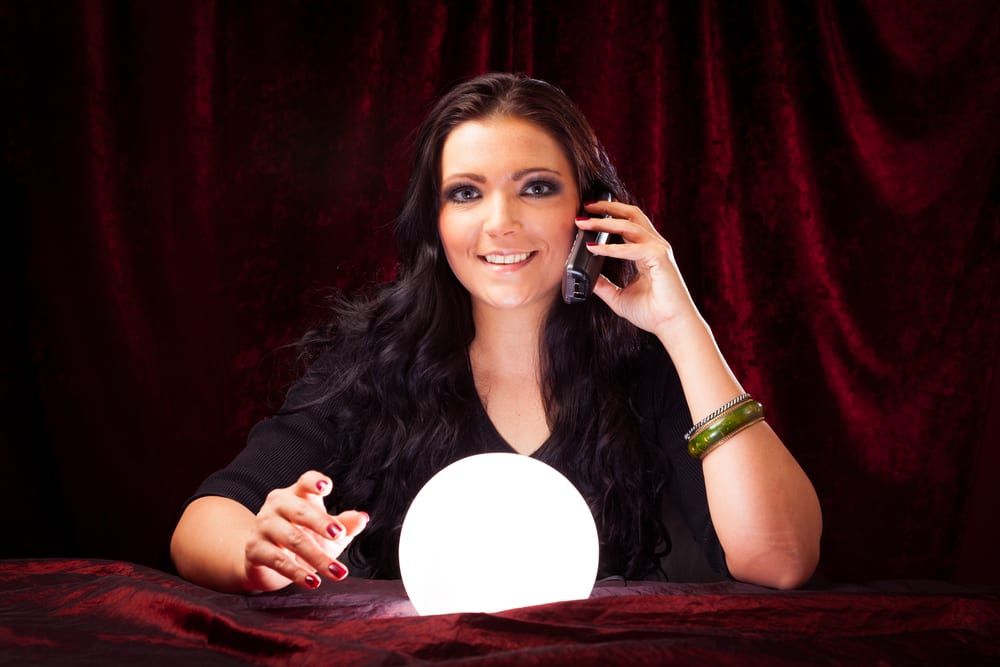 Even Generation X knows what a hotline is because they do still exist today. A hotline is a specific telephone number that leads to a preselected destination without the user having to dial any additional numbers. The most common example of a hotline is the emergency services or other lines that provide information.

What Is A Hotline?

When you dial the emergency services, everybody dials the same number which goes to one center and then distributed to an available caller, essentially, a call center. Hotlines really began to take off in the entertainment industry in the 90s. Pay-per-minute numbers were appearing for everything from fantasy football to Fresh Prince of Belair daily updates! And of course, psychic readings.

Psychic Hotlines in the 90s

Psychic Counselling Centre, The Psychic Connection, Live Psychic hotline are all examples of psychic hotlines that we all the rage in the 90s. Looking back now, the commercials were incredibly cheesy but highly successful. The idea that you could make a phone call and learn about your future tempted hundreds and thousands of people. The more extravagant commercials suggested you could discover if you were going to find love, success, or money. Appealing to the emotions, others were there to help you solve problems with psychic abilities for more insights.

Calls to a 1-900 number in the 90s would have cost around $2.99 a minute plus $0.99 for each minute after, though prices could have been as much as $3.99 a minute. Whether they were talking to real psychics or not was difficult to determine, but it also seemed as if nobody was really being hurt. After all, if people were willing to spend that much money to get updates on Hulk Hogan, what was the harm in getting some psychic advice?

When Did Psychic Hotlines Go Wrong?

One of the most famous commercials in the 90s was Miss Cleo. This bubbly Jamaican was set in colorful jungle backgrounds or in front of her crystal ball. Massive letters for free readings were sprawled across the screen as she performed a Tarot reading for a caller who was naturally amazed by Miss Cleo’s accuracy. Other adverts remind us that they are real readers and Miss Cleo will continue to work against those who don’t believe.

Miss Cleo was part of the Psychic Friends Network which launched in 1991. From 1993 to 1994 the Psychic Friends Network aired their commercials over 12,000 times, costing approximately $500,000 per week! What callers weren’t aware of was that it was only the first three minutes that were free. After this, they were charged $3.99 per minute. The company was making around $125 annually.

Many people who worked as a psychic for the Psychic Friends Network have since come out and explained what it was like working for the company. Callers would dial the hotline number which then used a distributing system. The calls were forwarded on to responders working from home. More often than not, these responders would have been students or housewives looking to earn an income from home.

And Miss Cleo? Well, if you watch her for long enough you will realize that her Jamaican accent comes and goes. This is probably because she was born in Los Angeles. She may have believed she has psychic abilities but her earlier career in theatrics certainly paid off.

The concept does still exist but due to the scandal and fraudulent practices from companies like Psychic Friends Network in the 90s, the industry has changed. We can also thank the internet for new practices that favor the caller.

Today, you may still find the odd commercial late at night, but the majority of people are going to carry out a web search to find their psychic. When you visit websites like California Psychics or Oranum, you will see that there is much more transparency.

First, you can scan through the different available psychics, see their rates and read reviews from other callers. This reduces the risk of fake psychics because if they aren’t the real deal, you will find out in the reviews. California Psychics is one of the sites that screen their psychics to make sure they have genuine abilities, and they must also continue to prove these abilities.

Oranum lets you chat with psychics online for free while they are on a live video stream. This is another way that allows callers to get to know their psychic a little before committing to a phone call.

Another practice is that you pay for the call in advance. Many websites require you to sign up and buy credits. You can only book a psychic phone call if you have enough credits. This way, you are in much more control of your spending compared with calls where you pay-per-minute.

The 90s did a lot of damage to an industry that was already under a lot of scrutiny. There are some amazing psychics out there who have proven their skills time and time again. Whether a huge company like Psychic Friends Network or the store in your local town offers a fraudulent service, it hurts the rest.

Psychic hotlines, like so many other types of hotlines, have died out but only to be replaced with a modern solution. You would never consider calling a hotline to listen to music today, in the 90s, it was normal. The same thing has happened with psychic hotlines—they moved on with the times, which has been a great thing for both psychics and callers.