Is Exceptional Ron a Scam or a Legit Psychic? 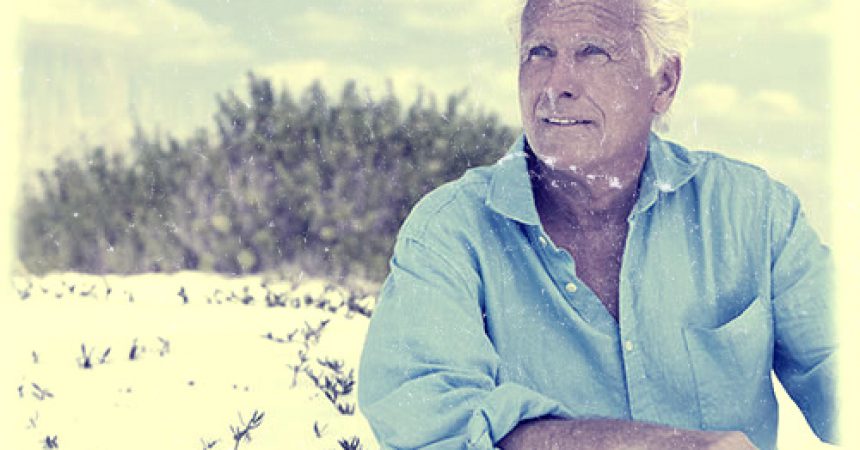 is exceptional ron a scam or trusted psychic?

We aim to provide you with the best information on trustworthy psychics. And as we are compiling the best ways on how to find a good psychic when you book your first reading, we also frequently find out about a lots of scams. Con artists, marketing gurus, fake psychics – you name it.

Oftentimes there is a media company behind the fake persona trying to get your money. One of them is “Exceptional Ron”. When we do a bit of digging, we soon find out that the way the company operates is not genuine. In the case of Ron it´s a fraud from the book. There is nothing exceptional about him, apart form the marketing around his persona on the website and the remarkable life story they came up with!

We tried to find information about Ron through reviews from past clients, but couldn´t verify much. Most of the people inquiring about “Exceptional Ron” were seeking to find out  about him. However, there were a few voices that felt he was a scam, because they didn´t get what they expected from him. Some people also left positive reviews, but it wasn´t many.

A major red flag about him is that he is sending out emails to his clients to scare them. He´s telling them that they have a curse on them and therefore need to book a reading with him asap, so that he can remove it. It´s one of the oldest tactics in the book to pressure people into buying and it´s not legitimate. If Ron was real psychic, he´d be showing people at first that he can see things about them – the positive and negative. As a psychic he has to follow ethical and moral standards. If he was genuine, he´d care about the person he is talking to and would not need to use scare tactics to pressure them into buying.

It`s the same methods used by Psychic Esmeralda, Extraordinary Chris and Medium Maria. Any psychic, who starts sending out emails to pressure clients into buying, by using tactics to scare them, is a heavy fraud in our opinion!

However, we try to base our reviews on as much information as possible. So we check the psychic’s website, their biography, their privacy policy and information about them from clients. Exceptional Ron is boldly claiming to be a well-kept secret for 30 years and truly has an exceptional story on his website, to begin with. He was born over the Atlantic Ocean, when his pregnant mother flew from her country to her husband living in the United States, but being near death due to illness.

She was almost not let to enter the United States due to a lack of visas, but her pregnancy and the soon dying father opened the way. Exceptional Ron was born one month late, in the plane and on top of that on February 29th, which is almost impossible. But the story continues. At age fourteen, Ron received a powerful vision, which was so strong that he was put into coma. For two weeks he would not wake up and his stressed mother needed to take him from hospital to hospital. When he finally came back, he told his mother about the vision, in which he saw someone impirtant being assassinated. It turned out that the person he saw was the President. So the mother contacted the President, who believed her and therefore ordered himself extra security. Ron literally saved the life of the president here!

The story seems to be so far out, next to being written with spelling errors and grammar mistakes, that it´s too ‘exceptional’ to be real. Especially when psychics claim to be anything ‘exceptional, extraordinary, master medium’ etc, it´s often too good to be true. A trustworthy psychic received and sharpened their gifts through years of experience and often by birth, but they are mostly humble, down to earth and loving towards their clients.

Whenever a psychic has a crazy story to tell, it´s most often an indicator that they are fraudulent. Though Ron has a couple of reviews from clients that speak of him in high regards, it´s still questionable if these are true.

When Ron saved the president, a man was allegedly arrested for preparing a terrorist attack on the same day. Who that man was and which president we are talking about at which point in history, is omitted from the story though.

However, since Ron had such special gifts, all of the politicians wanted to know about him. They payed his mother a good amount of money, so that Ron could take care of all of the politicians exclusively. Ron miraculously found a cancer in one of the states men that could hardly be cured, and since the man went on having the tumor removed, Ron also saved his life, of course!

Ron got so famous with his gifts that he was taken out of school and was only working with the politicians. His gifts where so great that he became more and more famous. He continued to have vision of masters throughout the world he learned from and received universal wisdom from. But he also went backpacking in Asia to learn from gurus and sages. It´s in Asia that he perfected the art of tarot, interpret runes, astrology and becoming fully clairvoyant.

When he met a powerful guru of Vedanta the master gave up his seat for Ron, when he saw his energy field. Ron also perfected his healing abilities in Asia and went so far to cure a little boy who could not walk. Upon meditating for two weeks he managed to heal the boy and the people from the village were very happy about that. However, what Ron did not know is that the spirit world was very upset about it. It seems that there are unwritten laws in the Universe that prohibit a healer to heal such strong inabilities in a person, to not affect the karma of them.

Ron now has to decline to do these healing tasks and concentrate more on the divinatory aspects of his skills. However, his mediumship is supposedly extremely perfected and he can communicate with angels, see a person´s aura and request visions in an instant.

Since he was worked secretly only with politicians and with people in Asia, he decided it was about time to share his gifts with the greater public. He left the deal his mother made with the politicians.

He felt called to work more with people, who actually need spiritual guidance and can´t afford it, since he knows the power of his spiritual gifts and how life-altering this can be. That´s why he set up a webpage and offers his services to people in need via the internet.

There are no in-person consultations though and his responses are recorded via email only. He claims that he only works with a few select people so that his focus is entirely on them. His services include tarot, numerology, astrology, hypnosis and clairvoyant mediumship.

His readings are not for free though. Although he truly cares about his clients, he does charge, which is for ingredients for the sacred rituals or to cover the costs of his business. He keeps mentioning that the payment is symbolic and that it´s a way to maintaint balance between the receiver and him. Fair enough.

The website prompts you to click on a link and message Ron the troubles you are having, so he can help you. The price depends on the problem presented. Most readings are around 100$. However, there is reviews on the internet as well that state that Ron also messages people, who did not contact him first. Most of the emails start with “important and shocking” revelations. The content is centered around curses, misery, unexpected bad things going to happen, so that of course, the person in need can be helped. Non of the messages seem to contribute anything positive though.

If you receive such a mail from Ron, there is a lot of pressure around buying immediately to release the curse, gain more happiness or get rid of the shocking finding, that Ron discovered through his skills.

However, when you go to Terms and Conditions on Ron´s website, what you see just confirms the suspicion that we got around his persona. In fact, Ron is indeed not real. Section nine under T & C mentions that Ron’s persona is fictional. The site is solely using him as an actor to promote the brand content on the website.

If you still thought what a remarkable being Exceptional Ron is, I´m sorry to break the news to you that he is non-existent and therefore any reading you purchase on the website is either machine generated, generic or from rather unexceptional psychics written.

If you have the time to look through all of the information on his website, you can easily find out that Ron is a scam. But if you are a hard-working person looking for genuine guidance to solve life´s problems, the company behind Ron is getting all your money and you are not getting what you expect in return.

Given the fact that Ron has been designed for entertainment purposes, it´s still not ok to charge money for the ficticious services and create a completely fake persona with fake information to pull money out of people´s pockets. That´s what´s called a fraud.

If you want to be delighted by the reading of a true psychic, research well and only trust sources that have verified the psychic and their services. There is a lot of gifted people out there, giving astrology readings, psychic readings, numerology readings and whatever else. To have a good experience only trust the real ones and you will be surprised what they can see about you!