How accurate are psychic predictions? 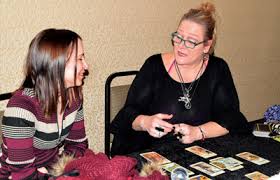 How accurate are psychic predictions?

Are some things really destined to happen? Can psychics accurately predict the future? It’s easy to be skeptical of something nearly impossible to verify scientifically. Yet, we have always been fascinated with the art of divination.

Florence Harding, the wife of former president Warren G Harding, read her horoscope each morning before making any significant decisions about the day. The first lady also had a psychic in her employ who predicted that her husband would win the presidency, but the stress of it would kill him. Both turned out to be true.

Edgar Cayce is famously known as the ‘sleeping psychic’ for giving his readings in an apparently unconscious state. Cayce would go into a deep trance which allowed him to connect to the universal consciousness and channel messages.

In this condition, Cayce would begin to answer his client’s questions, accurately diagnosing maladies and providing advice for healing. It was believed that he could connect to information about past lives and make prophecies about the future.

Astonishingly Cayce was able to foresee WWII, the stock market crash of 1929, the rise of ocean levels and blood as a diagnostic tool in the future. Not only that in 171 readings, Cayce mentions the Essenes, a little known Jewish sect which existed around the 2nd century. Today the conventional belief is that the Essenes wrote the dead sea scrolls, but their discovery was not made until 2 years after Cayce had passed away.

The trouble with a psychic reading is the message is not always immediately apparent. Clairvoyant and medium Suzan Saxman is one such example. While giving a reading to a man in the middle of a grizzly divorce, Saxman predicted there would be no more fighting between the couple, the divorce would not go through, and his wife would be the sole custodian of their family.

When the client told his soon to be ex-wife about the reading both scoffed as there was no possibility, the divorce would not go through. Sometime later the wife revealed to Saxman that shortly after her husband’s session he and a friend been in a fatal plane crash. The impossible had regrettably come true.

It’s essential to balance out the picture because even the best psychics are not infallible. A prediction made is not set in stone, it is a forecast of potential outcomes based on the current energetic climate.

Edgar Cayce was powerfully intuitive, but still, despite his list of accomplishments, there were a few inaccuracies, such as a vision of Armageddon taking place in 1999 and the discovery of Atlantis.

Nostradamus was a prolific clairvoyant in his time. Notably, he foretold the great fire of London and the French revolution and the invention of the atomic bomb centuries before it happened. Like Cayce, Nostradamus incorrectly prophecised doomsday among other things.

Using inaccuracies to invalidate the work of a clairvoyant would, however, be grossly unfair. Fortune telling is an intricate art, the future is in constant motion, which makes timing particularly problematic for a psychic. An insight showing the number 5 could foretell the resolution of an outcome in 5 days or 5 years. Likewise, a vision showing the start of a serious romance in summer could mean the upcoming season or three summers from now.

Predictions are not instructions for how to live your life, they are road signs indicating your options or pointing out potholes in your path. The paradox they create is akin to that profound moment in The Matrix when Neo visits the Oracle.

In the scene, Neo knocks over and breaks a vase after being cautioned about it by the wise woman. In response to his apologies the Oracle gives him a question- would he have broken the vase if she didnt say anything about it?

Then there is the sticky question of predestination and free will. Just because something can happen is it meant too? There is a balance between chance and destiny or what can occur and what needs to happen.

Say you visit a clairvoyant and the prediction they make about your career is not favourable. The sudden shock of knowing what may happen could cause a cascade of events ensuring the prophecies fruition. Alternatively, the news may inspire meaningful introspection and personal growth that fulfils your karma, making it unnecessary to live out the drama in order to learn the lesson.

There are celebrity psychics with gifts so incredible they are booked out a year in advance. There are the infamous clairvoyants of the past who made incredible authentic prophecies. Ultimately the proof is in the pudding. If you wish to test the credibility of a psychic, ask questions during your session about things in the past or present which you can verify.