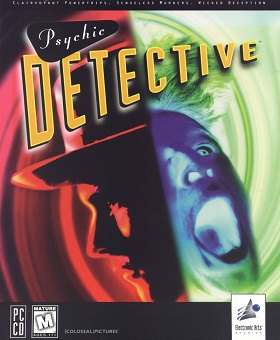 Psychics, mediums, empaths, and spiritual healers are widely considered as the new wellness coaches of the 21st century. Although people with supernatural abilities have always been around, demand for various psychic services has been increasing rapidly during the last two decades. In fact, the popularization of online psychic reading platforms significantly influenced people’s beliefs in paranormal phenomena. Although psychics and mediums offer a wide range of services, they are often associated with only future forecasts. However, these gifted advisors can actually do much more than that. Believe it or not, a psychic detective can contribute to various murder investigations and even work with local police.

Due to the mysterious nature of psychic readings and people’s skeptical attitude toward psychics and mediums, psychic detectives are not always acknowledged within societies. Although psychic detectives have actually found clues for unsolved murder cases in tandem with various police departments, their involvement in the investigation process has always been declined. Still, these gifted individuals have helped thousands of families find their beloved murder victims.

After reading the article, you might get a chance to work with actual police detectives on solving a cold murder. Let’s get started!

What Does It Mean to Be a Psychic Detective?

Some skeptical investigators claim that there is no need for psychics to partake in criminal investigations as their visions and spirit communications cannot be used as credible sources of information. Still, psychic detectives continue to be involved in various unsolved crime investigations and commonly work with official police representatives. Check out our article to learn more about how psychics can give helpful clues and why they should be involved in police investigations.

To better understand what it means to solve murder situations as a psychic detective, let’s take a look at how Troy Griffin manages to work with various police departments.

Troy Griffin: A Psychic Medium, Clairvoyant, and Empath Working as a Psychic Detective

Troy Griffin is one of the most famous psychic detectives with clairvoyant, medium, and empath abilities, enabling him to solve even the most mysterious criminal cases. Since the term “psychic” is not always interpreted as it should be, Troy does not really like calling himself a psychic. Instead, he prefers to be referred to as an intuitive medium or a psychic investigator.  Troy Griffin shares his personal experiences with Sarah Berman from VICE and here is what you really need to know about the psychic detective.

Although Troy discovered his innate abilities when he was only 12, he could not really explain what their visions were all about. As a teenager, he thought that he was just getting déjà vu. For some reason, Troy decided to simply ignore his supernatural skills and even the strongest visions for the next 30 years.

In his 40s, Troy was introduced to a woman at his friend’s gift shop. The woman asked him if he was a psychic and without overthinking, Troy nodded his head. She immediately asked Troy about a case she was working on with a police department. To his surprise, Troy could see exactly what happened to a girl who was thought to be missing. In just a couple of weeks, he found out that his visions were almost 100% accurate. Troy considered this as his calling to help families find missing people and solve murder cases.

According to Troy, he is usually the last resort for police departments and they refer to him only when they have no meaningful clues to solve criminal cases. Still, police departments will never verify that Troy works with them. For instance, Troy Griffin claims that Sunbury Police contacted him and asked to give some clues on a 28-year-old case. VICE editors contacted the police department, but they did not verify the information and declined the interview.

Besides, not every police department is open to working with him. Typically, Troy gets contacted by families and then he shares his clear visions, giving them some new clues, direction, and further guidance.

While Troy Griffin is one of the most famous psychic detectives in the 21st century, there are a lot more gifted people who have successfully assisted private investigators and even local police departments. Some of the most notable psychic detectives are Fiona Johansson, Etta Smith, Kirsty Robinett, Dennis McKenzie, Greta Alexander, and Gerard Croiset. We have already covered how these incredibly talented psychic investigators solved mysterious crime scenes. Explore the article about criminal cases solved by psychics HERE.

Everything You Need to Know About Becoming a Psychic Detective

Before you even start thinking about becoming a psychic detective, make sure your supernatural abilities are legit and you can actually contribute to the police or private investigations. Psychics are usually allowed to take a look at investigation details when the case is either too old or seems to be unsolvable. Take your time to develop and advance your psychic powers before you decide to work as a psychic investigator. You should consider performing test readings for a close friend of yours. Practice makes us better!

2.    Accuracy of Your Psychic Readings Is a Must

Keep in mind that the accuracy of your psychic readings is of paramount importance when it comes to police investigations. Whether you communicate with spirits and deliver medium readings or gain insights into various situations through card readings, you should be almost 100% confident in the credibility of the information.

When giving suspect names or general characteristics based on your appearances visions, you should first ensure that the information is actually correct. Never give any clues or directions unless you are pretty confident in yourself. It will also help you sleep better

If you have decided to use some tricks, such as cold reading, simply forget about it. Criminal investigations involve innocent victims and their families, meaning that the information you deliver might easily trigger their emotions and mental state.

To ensure that no one gets hurt during the investigation process, you should always be as honest as possible. Do not even try to trick the police by giving false readings. They will eventually find out that you are lying and you might even go to jail for that.

4.    You Will Most Likely Be Contacted by Victim’s Family Members

Since people’s perspectives on various psychic services are pretty skeptical, psychics and mediums are not officially involved in police investigations. However, the family members of a victim might still contact you to get more information about their beloved person’s disappearance or mysterious murder.

Typically, psychic detectives have the strongest visions when they actually visit the location associated with the disappearance or murder of an individual. Hence, this is what you should do after evaluating the overall situation.

As a psychic detective career does not officially exist, police departments do not really contact and ask psychics and mediums for guidance. However, they sometimes interview individual’s with special mental abilities to get clues for murder cases that have remained unsolved for decades. You might have seen a psychic detective show where those with supernatural powers work in tandem with the police. Still, contacting psychics is the last thing an actual police chief would do.

6.    Here Is What Police Departments Say About Psychic Detectives

According to Australian police, they do not accept assistance from psychics, mediums, or other supernatural people. Some people think that Australia is positive about psychic detectives due to the Australian TV show “Sensing Murder” in which psychics attempt to give clues and directions about unsolved murders. However, official policies for Australian police forces do not advocate the involvement of psychics in investigations.

According to a 1993 survey of the US police departments in 50 cities, 1/3 of them had accepted psychic predictions in the past. None of the departments have reported that the information received from psychic detectives was more helpful than the details provided by other sources.

8.    You Give Clues and Directions, Police Solve the Crime

If you are thinking about becoming a psychic detective, you should keep in mind that you only give clues and directions to a police department or private investigation firm. Although you are involved in the investigation process, you are not the one solving the crime. Police gather information or suspects provided by you and either consider or rejects the details for the investigation.

9.    Police Most Likely Will Never Admit that You Worked as a Psychic Detective

As paranormal phenomena have never been proven by scientific evidence, police departments and other official facilities are not really open about involving psychics and mediums in the investigation process. And even if they receive some clues and directions from people with supernatural abilities, they will never admit it.

If a police department admits that a psychic detective solved the case, they will undoubtedly get a lot of backlash and people will simply start talking about how the police are not capable of solving crimes themselves. Therefore, you should not be surprised if they do not mention you as a contributor to the crime investigation.

As a psychic investigator, you will be involved in various criminal investigations. Hence, you should never share the details with anyone rather than the employees that work with you. Keeping investigation details confidential is key to solving mysterious murder cases and finding missing people. As a professional psychic detective, you are required to keep things private.