How to Recognize and Protect from a Psychic Attack? 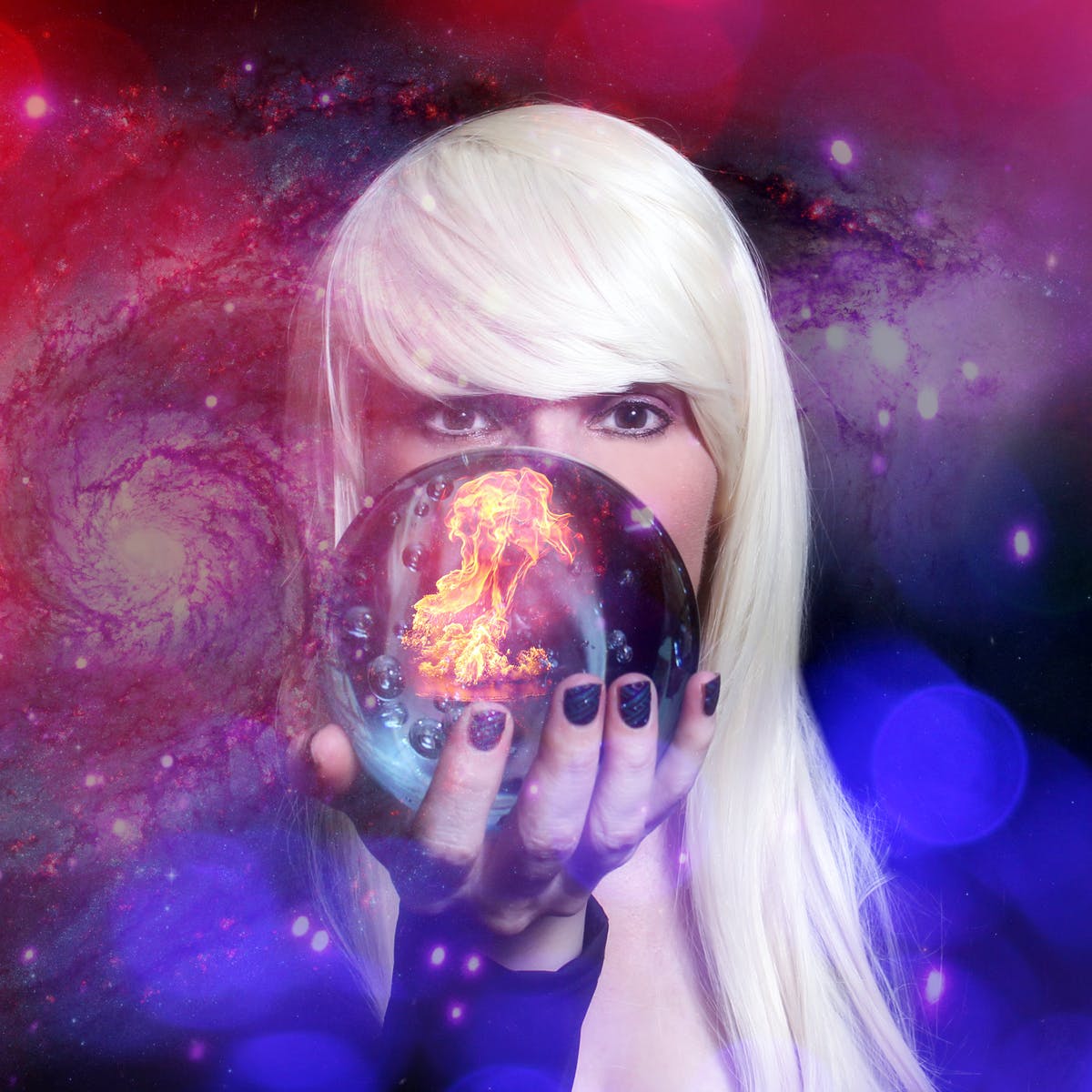 How to Recognize and Protect from a Psychic Attack?

Life is full of ups and downs, twists and turns, love and loss. Surely, life would not be worth living if things were not like that. Due to the popularization of various psychic services, people’s attitude toward supernatural phenomena has significantly changed. Besides, the number of individuals who believe in the existence of energy fields and auras has been rapidly increasing during the last two decades. For that reason, more and more people consider that major changes in behavior or health for no obvious reason can be caused by psychic attacks. While some believe that defending a psychic circle can prevent psychic attacks, there are other ways to protect oneself from negative psychic energy.

If you are still unsure what a psychic attack is and how one can protect self from it, we’ve got you covered. In the following sections, we will explain what psychic attacks are and why negative psychic energy can be so harmful to individuals. Besides, we will teach you how to recognize a psychic attack and which symptoms to look for if you have doubts about being surrounded by a negative energy field. Finally, we will share a couple of tips and recommendations on how to protect yourself from a psychic attack and take a step forward to reaching a higher level of consciousness.

What Is a Psychic Attack?

A psychic attack is a harmful action that causes emotional or mental distress to an individual. Such attacks cannot be characterized by any visual features. Although psychic attacks involve non-physical wounds, they might often lead to physical health issues as well. This is because your emotions and state of mind are closely related to the physical aspects of your body.

For some reason, many people believe that psychic attacks are all about being visited by a ghost or a negative spirit entity. While a psychic attack might also involve an evil spirit or possession, it typically means that a person is surrounded and influenced by energies that are not his/her own. These external influences attack an individual, drain energy, and significantly alter physical, mental, and emotional health.

Since psychic attacks are mainly about being under the influence of various energies, they are often associated with energy vampires. An energy vampire is a person who uses the energy of another individual as the life force. Such people often leave others exhausted and drained of energy while feeling energetic themselves. Although energy vampires harm other people around them, they might not always be doing this intentionally.

Some people think that psychic attacks are caused as a result of Psychic Circle board experiences. While communicating with real spirits can often lead to exhaustion, it is unlikely for a Psychic Circle board to cause a psychic attack. Others believe that psychic reading sessions have led to an energy attack. Although it is also possible for a person to be influenced by the energy of a psychic or medium, this is not the only way one can be attacked. The victim of a psychic attack can be literally anyone who has been communicating with other people recently.

How to Recognize a Psychic Attack

As we have mentioned earlier, psychic attacks are mainly about being surrounded by negative energy or simply being under the influence of energies that are not your own. The most optimal way to recognize a psychic attack is to check your symptoms and observe your behavior. If something seems to be a bit awkward, there are chances that you are a victim of a psychic attack.

Since we are all unique, it is hardly possible for us to experience things the same exact way. However, there are some common symptoms that might be telling you that you are actually under the influence of a psychic attack. Being energy deficient is one of the most obvious signs that a person might be surrounded by negative energies. Still, this is not the only symptom of a psychic attack.

Here is what a psychic attack can cause:

While these are some of the most common symptoms of a psychic attack, you might experience other signs that are not listed here. Again, we are all unique and there is no way for us to feel things the same way.

Tips to Protect Yourself from a Psychic Attack

Clearly, psychic attacks can dramatically change your life by affecting your mental state and even your physical health. This is why you should always try to be extremely careful and attentive to detail, especially when you are with strange people or in crowded places. Unfortunately, this is not enough for an individual to prevent a psychic attack from happening.

1.    Be Careful and Attentive During Psychic Readings

As psychic services involve the use of various techniques, often energy sensing, individuals sometimes feel exhausted after a typical reading session. While this is quite natural in some cases, sudden energy loss can also be caused by a psychic attack. This is because dishonest psychics try to artificially harm their clients in order to convince them to book a couple of additional sessions. Some customers believe that they really need extra healing/cleansing sessions and pay absurd amounts of money to receive “psychic protection.” What actually happens is that fake psychics act as energy vampires and drain the energy out of their clients to bilk them out of thousands of dollars per session.

Although it is totally possible to deal with a psychic attack, your main concern should always be to avoid something like this from happening in the first place. To do so, you should be extremely careful when consulting a psychic, especially if you do not really know him/her. By paying attention to specific details during the session, you increase the chances of identifying whether you are talking to a genuine psychic or just a scammer.

If a psychic mentions curses or dark energy, he/she is probably trying to frighten you. The scammer will do everything in his/her power to convince you that he/she is the only advisor who can actually help you deal with these issues. Instead of paying even more money, terminate the session and leave the place as soon as possible. Even if you do so, you might still receive calls and messages about possible harm to you and your family. If this is the case, you should consider calling the cops.

2.    Be Cautious When Communicating with People

While psychic reading sessions can sometimes be harmful to individuals, you might also experience a psychic attack when communicating with the wrong people. A person does not necessarily have to be a psychic to influence your energy field in a negative way. Physical or verbal contact with any individual might actually lead to a psychic attack.

In addition to that, energy vampires can be among random people you communicate with in the street or at work. Pay attention to the type of energy that you feel when they are around. If you experience any of the symptoms listed in the previous section, avoid further contact with them.

3.    Avoid Spending Too Much Time in Crowded Places

If you struggle with psychic attacks and there is nothing you can do about it, you should consider spending less time in crowded places. This is because you might easily get under the influence of other people’s energies and the chances of being a victim of a psychic attack increase when there are lots of people around. If you feel like crowded areas overwhelm you and you need extra time to reset your energy, you should definitely spend some alone time in nature, with your close friends, or your family.

The best way to deal with a psychic attack is to charge yourself with positive energy. This can be done by praying, meditating, or practicing breathwork. Acknowledge your blessings and offer a special prayer of thanks to God. This will definitely make things much more straightforward in your life. Meditation will help you manage your stress and reduce negative emotions. Breathwork is also an excellent way to boost your mental health and heal emotional trauma caused by a psychic attack.

Communicating with your spirit guides might also help you deal with a psychic attack. Share thoughts and ask them for protection. They will definitely be there for you and help you get back to normal. Since not everyone is capable of communicating with spirits from the other world, this might not be an easy task for you. Still, consider talking to your deceased loved ones. You might not be able to see them, but they will definitely hear you.

You can also consider doing whatever makes you feel calm and relaxed. You just need to make sure you reset your energy and charge yourself with positive vibrations. Learn how to protect a psychic circle and take a step forward to spiritual protection. This will not only enable you to deal with a psychic attack but also make you less vulnerable to further encounters with a dangerous person, an energy vampire, or an individual with a negative energy field.

If you have noticed that your energy field has been affected by external forces and you cannot really deal with the psychic attack, it is the right time to ask a professional healer for proper protection. The power to heal individuals and cleanse their energy fields will enable the spiritual healer to provide guidance for protection. Using various energy tools, methods, and techniques, psychic healers will protect you from a psychic attack. They will charge you with positive energy and might even teach you how to protect yourself from further psychic attacks.

6.    Do Not Be Afraid of a Psychic Attack and Stop Worrying About It

While being aware of the methods of defense from a psychic attack will definitely make things easier for you, there are a couple of factors you should consider to successfully deal with such experiences. Believe it or not, self-confidence is a powerful energy protector that will make you less vulnerable to psychic attacks. Instead of considering yourself as an insecure person, believe in your capabilities and face your biggest fears.

Although you might be afraid of psychic attacks and think that only magical defense methods are effective against them, this is not true whatsoever. Your fear will only enhance the strength and severity of a psychic attack. Stop worrying about it and think of how you could possibly deal with the current situation.