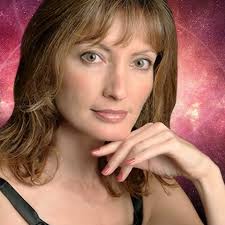 We came across a cohort of digitally created psychics over the months and do our best to separate the wheat from the chaff. Psychic services are a massive scam all over the internet and it´s a shame that the reputation of real gifted psychics is pulled through the dirt by media companies setting up fake profiles.

Greed turns people away from their path. Unfortunately, there is a lot of greedy businesses out there that can´t come up with a unique business idea and therefore cheaply replicate what other greedy businesses do, in order to earn a few dollars. If they consulted a real psychic, they might find their passion and be honest with themselves to go after their dreams. Until now they only create more negative karma for themselves, that´s sooner or later gonna catch up with them.

Companies that are shady businesses are New Lotus Web Ltd., Kandinksy and Partners Ltd., Internet Offers Ltd. and a few more. They are either located in Gibraltar or Hong Kong and have questionable Privacy Policies and Terms & Conditions in place. Whenever a company operates out of these two hubs, it´s clear that they are only after the money and certainly don´t deliver the services that they are claiming to offer.

Some of them openly state that the psychics they create are fictional characters, others simply confirm that they run the marketing for them.

We always do our research to give you the full picture. One of the fake psychics we recently came across is a lady called “Tara Medium”. Similar to “ Extraordinary Chris,” “Medium Maria” and “Exceptional Ron” she has the same tactics and methods in place to pull money out of your pockets. Her marketing is run by a company called Astroway Ltd. based in Gibraltar, which is the first red flag here.

Similar to the other companies listed above, Astroway has addresses in both Hong Kong and Gibraltar. The first one being:

and the second one is:

Since all of the shady companies are located at the exact same address in Gibraltar and on top of that have a second address in Hong Kong, it starts to look like these are all one and the same company under the same roof. Furthermore, both cities are known for avoiding taxes and for money laundering, next to dodgy practices that by-pass the law, such as refusing refunds etc. So any company you find offering you services out of Gibraltar or Hong Kong might not operate in the most legal way.

It could, of course, also be that all astro companies are sharing an office space together, however that is unlikely. It´s the first indicator that all psychics listed with them are fake! The biographies usually reveal more about the persons ‘realness’. The farther off the story goes, the more likely it is the story is not even true.

As for Tara, she says she was conceived in the middle of the ocean between Brazil and the United States at only 8 months. Her psychic gifts were already with her as a newborn baby and she has the rare ability to connect with anyone without the support of tarot cards, pendulums, astrology or numerology.

As a child she started having visions and when she was five years old, her godfather went missing with a plane. Nobody knew where he was, but Tara received a vision with him with a broken arm, telling her that she would see him on Sunday. He was soon found and her family went to visit him on that Sunday in hospital!

She continues to have visions since then and sees more and more clearly every time. She can perceive the future of a person as well as their entire life path. That´s a rare gift that indeed not many psychics can promote themselves with. She goes on telling us that she learned form a great spiritual master from the West, when she was only 19 years old, and then travelled the world to share her gifts. She perfected her craft by learning from more masters and adopting tools such as tarot cards, runes, numerology and oracles. Who these masters were, she does not mention though.

What´s rad is that she first declares to not need any support to read a person’s energy, but then says she mastered all of the tools regular psychics use as well. The question is why does she need them then?

Tara further goes on telling her audience that she feels very fortunate to be working over the internet, since she can react quickly to a request of a person and read their energy instantly. She is happy about all the positive reviews she gets and that she can help as many people as possible. Scroll further down how many positive reviews there actually are about her!

Like many other psychics Tara offers her readings for free, at first. The follow up request is to give her $49 for an in-depth reading on your life path and what awaits you. A lot of her advertising is similar to “Exceptional Ron”, including the extraordinary life story with a birth between countries and a month to early, visions, and learning from masters.

Similar to other mediums she also has an online store that offers e-books for incredibly high prices such as $49. For a digital book that can be slapped together in no time, that´s a high price to ask for! Her books are called Mental Power, Astro Force and The 7 Secrets of True Happiness. Considering the fact that these books can be purchased with similar content on amazon for a lower price, it´s questionable what exactly she talks about in her writings.

Tara is, like any of the other psychics, not reachable via phone or video chat. The only way to contact her is by leaving your email and receiving a free reading. This she uses as a hook to keep sending you messages with links to buy her pricey readings.

Any psychic that´s only communicating via email, with no trace of them as a real person, is a big red flag for us. Since most media companies operate in the same way, we can see similarities quickly.

A true psychic should be able to do in-person readings in which they respond to your questions and are there for you in real time, either face to face, by phone or video chat.

The problem with email readings is that they can be generically written and you can´t confirm if the psychic actually channeled the message for you, or if it´s the same for everyone. If the content of the message is very broad and open, it’s most of the time a good indicator that you are not dealing with a real psychic here. Especially if the marketing company sends out automated emails that´s praying on people’s vulnerabilities.

Tara is nothing new under the moon. Having researched fake psychics over the past months and years, the stories are very similar. They all have an astonishing biography, that´s a little too crazy to be true.

They are only reachable via email, but they are the ones reaching out, not you. They offer free readings as a hook to get you to buy a more expensive reading. They are managed by a media company that´s located in Gibraltar or Hong Kong, or both.

They have a main picture on their website and in their ads, which often can be traced back to be a stock photo. If you dig deeper, you find out that a lot of people got scammed and utterly unsatisfied with the service they bought. Even if the website has a money back guarantee, it´s often impossible to get the money back for a fraudulent reading.

The reviews speak for themselves. Tara Medium is a real bummer, for someone looking to find a genuine psychic. 312 reviews from a total of 400 rate hear with a single star only and call her a scam. Most of them are upset about being ripped off. Most of them didn´t get their refund and were left with a generic reading that could apply to anyone.

Several people even bought a reading and never got it delivered. Which is even worse. You could get a reading with a highly gifted person for less of the price and a real transformative experience. Also, some people had money taken out of their account although they did not give her permission for that. It might be that by requesting a free reading or the $49 one that you automatically sign up for a monthly reading delivered to you. Something to watch out for.

Some people on the other hand were charged twice for booking the $49 reading in two instalments.There was one review, however, that stood out and could twist the story a bit. One testimonial mentioned that Tara Medium indeed existed before, but passed away. Her name was eventually adopted by the media company that is now selling services in her name. If that´s the case, it´s even worse than just creating fake personas online and selling fake services.

I don´t even want to know how much bad karma is gonna catch with that media company soon.

In retrospect nothing of what we found out confirms Tara as a genuine psychic offering you genuine services.

If you want a reading, keep your hands away from Astroway and from “Tara Medium” and consult a psychic that has a track record of positive reviews!