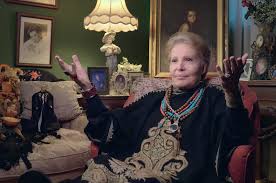 The name of the card sounds far more horrifying than it actually is. He is hanging upside down from his right foot. He is tied to a tau cross that is alive with green leaves, representing salvation by surrendering worldly goods. His trousers are red, the color of fire and life. His shirt is blue, a color associated with composure and the mind. His hair and shoes are gold, shining with utopianism.

His left leg is bent and looks like the number 4 upside down. This number symbolizes the balance of the four elements. His arms are behind is back, but we can’t see is this is by choice or not. The Hanged Man is not in distress. His face is neutral, and he has a halo around his head, a sign of spiritual awareness.

The Hanged Man is an extremely obscure major arcana card and can have a very personal meaning for individuals. It might represent a situation which you are trying to brush under the carpet as you don’t want to admit that you can’t do anything to get out of it- the man is in a helpless position.

This man might be difficult to trust. His hands are behind his back, is he planning something? If his hands are free, why hasn’t he untied himself? Could he be a bit of a free spirit?

If you draw this card it probably means that you have been given an opportunity to surrender and let nature take its cause. On the other hand, it might suggest that you have more power than people realise and they might underestimate you. Perhaps you are holding back on the use of your powers. It is strongly advising you to wait before taking action, don’t cut yourself free from the cross until you know what will happen.

Whether voluntarily or not, the hanged Man if making a sacrifice of some kind. He may have all the room in the world to make a decision or absolutely none. You are at a crossroads and this card urges you to take some time to make a wise decision.

You might feel like you have been waiting or that you have made a sacrifice, but you haven’t seen any returns yet. You might assume you are able to change your mind but really, you aren’t. You feel that your sacrifice is unconditional. It is essential for you to free yourself from the past by letting go and moving forward.

In the reversed, The Hanged Man might imply that you are not willing to make a decision. If you can’t make the decision, someone or something might just do it for you.

It could also mean that there is someone who has lost the will to live life to the full. They are content with whatever happens to them, they are suspended from their own cross and the breeze chooses their direction. This person has to their life back on track again.

You have made sacrifices or got rid of something that has been good for you. This may have been hard at first, but it has been worth it. It could also mean that you waited too long to make a decision.

You have a decision to make or to let it go and move on. If you are looking at changing careers, you might need to be willing to give up your home and move to another city, if not, it’s probably best to move on.

You may be about to face a period of waiting to see the fruits of your decisions come about. It might also be that there will be a choice to make soon.