What Are the Different Types of Astrology? 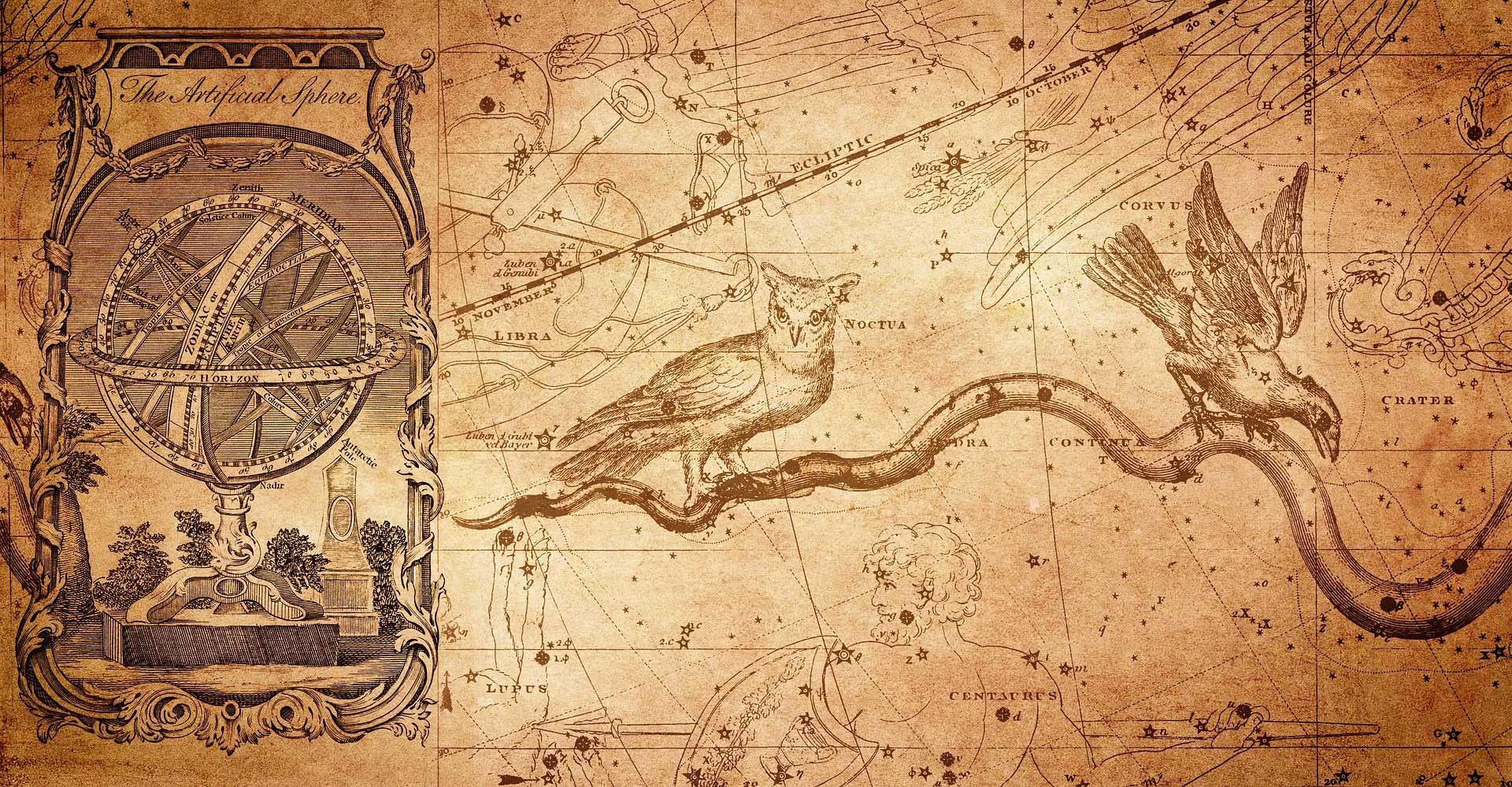 The Different Types of Astrology

Different ancient civilizations based their culture on comprehensive systems of astrological predictions. They used to observe the stars and find correlations between the relative positions of celestial objects and terrestrial events.

Originally, astrological observations were used for determining the weather to plan some activities accordingly. Later, astrology was identified as a useful tool for deciding when to hold certain rituals. Currently, astrology is considered as a divinatory practice that can guide us through difficult phases of life and help achieve success in love, career, business, or family issues.

You might think that astrology is just a basic pseudoscience observing the stars and planets, but it consists of complex systems used in different traditions. While some of the traditions and practices are still relevant today, there are astrological approaches that were widely used in the past but are not that popular nowadays.

To learn more about different types of astrology, the article will be divided into three main sections. The first section will explore the astrological traditions that are still practiced currently. The second one will focus on some of the historical applications of astrology. The final part of the article will discuss a couple of occult practices that use astrology as a complementary discipline.

Astrological traditions that are currently practiced worldwide include:

Due to the fact that Indian astrologers consider not only the required time for the Earth to revolve around the Sun but also the time needed to make a full turn around its axis, Vedic astrology is commonly referred to as sidereal astrology.

Indian astrology is among the most widespread astrological practices and is still extremely popular in modern Hindus lives.

Western astrology is the system utilized mostly in Western countries. The basis of Western approaches is Ptolemy’s texts dating back to the 2nd century CE. Since Western astrology only considers the time needed for the Earth to revolve around the Sun, it is commonly known as tropical astrology.

Western astrology is based on horoscopic divination methods. What this means is that Western astrologers construct a horoscope of an individual considering the date and location of birth. The resulting horoscope can be used to observe the influence of different cosmic objects.

In some cases, Western astrologers do not take into account the place of birth and base the horoscope solely on the date of birth. This type of divination is also known as the Sun sign astrology.

Chinese astrology is another divinatory system from the Zhou Dynasty that had been flourishing during the Han Dynasty from the 2nd century BC to the 2nd century AD. Chinese astrology shares some fundamental concepts with Chinese philosophy and uses the theory of the three harmonies (heaven, earth, and water) along with the principles of yin and yang. It also comprises some of the aspects of Western astrology.

Burmese astrology, also known as the Burmese zodiac, is the system mostly from Vedic astrology. The Burmese zodiac features 12 zodiac signs (called “yathi”) of the Indian and Western zodiac as well as 27 lunar mansions of the month and weekday signs.

Horoscopic astrology is one of the types of astrology that creates specialized horoscopes to visually represent the alignment of celestial objects at a specific moment. Then, astrologers observe the horoscope and interpret the meanings.

There are four major branches of horoscopic astrology:

Natal astrology – also referred to as Genethliacal astrology. Natal astrology uses a natal chart based on the exact date, time, and location of an individual’s birth. Principles of natal astrology are applied to Eastern and Western astrological practices as well.

Horary Astrology – if you are consulting an astrologer for a horary astrology reading, he/she will construct a horoscope taking into account the exact time and place at which you asked the question and when the astrologer perceived the intended meaning of your question. The horoscope can provide not only yes or no answers but also much more complex explanations.

Electional Astrology – used to determine the best time for a particular action to be performed after observing the people involved in the event and the specific place where the activity is planned to be implemented. For that reason, electional astrology is also known as event astrology.

Mundane Astrology – believed to be the oldest branch of astrology. Mundane astrology focuses on geographical regions and places worldwide to create a horoscope. The system is also known as political astrology, which will be discussed in the next section.

Astrological traditions that were popular in the past but are not practiced in modern life include:

Political astrology, also known as mundane astrology, is one of the ancient systems of astrological divination used for analyzing, interpreting, and predicting events associated with politics and economics. For deriving mundane occurrences, a chart should be created based on four major factors: planetary cycles, eclipses, ingresses, and astrocartography.

Besides, the chart should be constructed for a specific event with a defined beginning of a particular ritual. Then, a horoscope will be drawn considering the time, and usually the location of the specific activity.

Medical astrology, also known as iatromathematics, is an ancient system of astrological divination, which associates the stars, planets, and 12 zodiac signs with different parts of the human body. These correlations are illustrated in the ancient Zodiac Man diagram.

At that time, astrologers used to observe patients before medically treating them. To do so, they would examine the patient’s personality traits and determine his/her zodiac sign based on the date of birth. Next, they would take into account the injured area and find the connection between the part of the body and the sign from the Zodiac Man diagram. After that, medical astrologers would find the zodiac sign corresponding to the exact time of the year when the patient got injured or sick. Then, astrologers would consider the locations and phases of the moon in the zodiac to decide how to treat the patient. For the last step, astrologers would select suitable herbs based on their astrological characteristics.

As the oldest form of astrology, agricultural astrology was used for guiding farmers on when to plant, cultivate, and harvest their crops. Farmers would also use astrological predictions to determine how to set up their chickens’ eggs for them to hatch during a new moon. Because of the influence of agricultural astrology on farmers’ behavioral patterns and day-to-day activities, the system is also known as “planting by the signs.”

Meteorological astrology, also known as astrometeorology, is yet another branch of astrology that observes stellar objects to forecast seasonal climate and weather. Although astrometeorology was the primary source of information for weather forecasting at that time, the methods are no longer used today. Meteorological astronomy was later replaced with meteorology, which studies the atmosphere to predict climate events.

If we consider historical sources, astrology should have begun at around 1800 BC with Old Babylonian texts. The roots of Babylonian astrological divination can be proven by the oldest known collection of 32 tablets.

Babylonian astrology represented gods by means of different planets. For instance, The Patron God of Babylon, Marduk, was associated with the planet Jupiter. Since Babylonians were polytheistic, Marduk was not the only god considered for astrological divination.

Besides, Babylonians based their predictions on horoscopic astrology. They would observe the movement of different celestial objects and associate their orientation with daily activities.

Babylonians might have used astrological observations for astral medicine as well. The discovered texts dating back to the period of Uruk named Iqīšâ show that Babylonians had different remedies for patients with varying signs of the zodiac. There is a probability that they also used specific ingredients depending on the zodiac signs.

While other branches of astrology are based on the movement and relative position of the stars and planets, Mayans used the energy rhythms of the universe to create a horoscope, which was the fundamental part of the Mayan calendar. The Mayan calendar-horoscope considers a 260-day cycle comprising 20 periods of 13 days. Every single day in Mayan horoscope has its own name and sign. And this is another difference between the zodiac horoscope and the Eastern calendar.

Generally speaking, the Hellenistic period refers to the era of Alexander the Great in the 4th century BC. At this time, ancient Greek culture was gradually blending with Egyptian, Persian, and Indian cultures. As a result of Greek influences, Hellenistic astrology was emerged (in the late 2nd or early 1st century BC) and practiced in the Mediterranean region.

Some Hellenistic astrologers believe that texts written by Hermes Trismegistus served as the basis of Hellenistic astrology that was derived from Babylonian and Egyptian astrology. If we consider the texts written by Firmicus Maternus (a Latin astrologer), the astrological system was later inherited to an Egyptian pharaoh Nechepso and his priest Petosiris. And this was the fundamental basis of more modern methods of horoscopic astrology.

Obviously, astrologers can simply use astrological readings to predict some important occurrences. On the other hand, some divination practitioners complement astrological observations with different types of esoteric systems. The use of two or more divinatory practices will most probably help astrologers, psychics, and mediums divine even more accurate readings and predictions.

Some of the divinatory practices that might involve the use of astrological predictions include:

Tarot reading is one of the most popular methods of divination. A Tarot reader allows the client to cut the deck and then lays the cards on the board in a specific spread, considering the content of the question asked by the client. Taking into account the meanings of individual Tarot cards and their relative position on the board, the reader interprets the readings and provides feedback.

As a matter of fact, many of the Tarot card illustrations show the influence of astrology. Therefore, numerous Tarot readers complement their Tarot reading skills with astrological divination.

Numerology is yet another divinatory practice based on the relationships between numbers and coinciding events in an individual’s life. Numerologists derivate numbers from a name and take account of the numbers in the date of birth to provide readings and predict some important occurrences. To make the readings even more accurate, one might use horoscope and astrological predictions alongside numerological derivations.

The last occult practice on the list that can also feature the use of astrological divination is palm reading. The method of reading palms is commonly known as palmistry or chiromancy. Palmistry observes the lines and mounts on an individual’s palm to provide feedback on day-to-day activities or even predict the future. The fact that lines and mounts are associated with different celestial objects makes palmistry and astrology even more complementary.

Note that this was an incomplete list of divinatory practices that can incorporate astrological observations. Astrology can be used to complement any type of occult methods.