What Psychics Charge the most for a private reading? 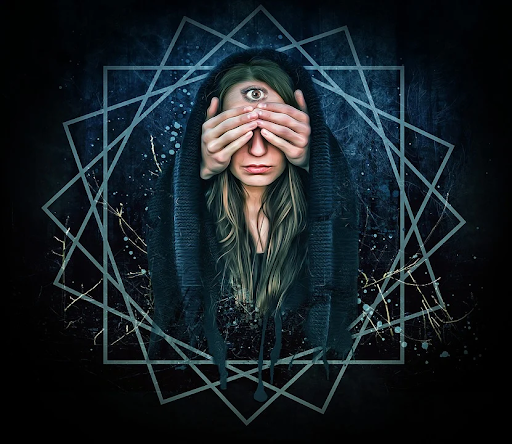 What Psychic Charges the Most for a Private Reading?

Last month I asked three builders for a quote for drywall and a new floor in a bedroom. While I was expecting some difference, I was confused by such a huge difference. Some had quite a few more years of experience, others used different materials, perhaps the last one was just out to earn a quick buck.

Psychic readings will basically follow the same general rule of thumb. As unpoetic as it sounds, psychic reading is a trade that needs to be learnt and mastered, and the tools you use will require certain skills that others may not have. Genuine psychics want to help people, so do teachers and nurses, but we all have to put food on the table, so let’s take a look at some of the different charges for readings and why this may vary so much.

Psychometry is considered a relatively easy ability to master, it’s also known as token-object reading and requires the psychic to take an object and understand the facts behind the object or the person it belongs too. Also, skills like pendulum readings for yes/no questions don’t take a huge effort to master.

On the contrary, astrology and other metaphysical studies are extremely complex due to the number of variables. Palm reading isn’t just about looking at a few lines, it involves a close examination of the skin’s texture, the fingers and fingernails, and any distinct features. Tarot card readings can also take years to fully master, not only because of the intricate details of each card but also because of the different meanings in different spread placements.

For those who have little experience, it is normal for them to charge less, much like other industries. Others will have some years of experience but feel that it isn’t appropriate to charge high prices. For them, they prefer to keep their prices lower so that more people are able to access help. Then, on the other end of the scale, you have psychics who have attained celebrity status by performing readings for the famous, appearing on TV, and writing books.

While we are on the subject, the most expensive psychic in the world is George Anderson, a psychic medium. He has a special relationship with the dead and has been scientifically tested and is highly accurate. This might be the reason why he is able to charge $1,200 for a session.

There are two main ways that you can have a psychic reading, in person or distance. In-person readings may incur additional costs because of the location or travel expenses if they are coming to you. The advantage is that you are face to face and will probably be able to get a better feel for your reader, some find it easier to build a relationship. Phone readings or online (chat or video call) readings are incredibly convenient, and you can find practically any type of reading at any time of the day. For some, the distance is an advantage because if they feel uncomfortable, they can just leave. Though the prices are cheaper, there isn’t as much guarantee of the quality. Sometimes the decision for online or in-person readings doesn’t come down to the price but more of what feels right for you.

The average cost of psychic readings will also depend on the country. Generally speaking, a session in person can cost between $25 and $60, here are some ideas from different countries:

Now let’s go back to the question of the most expensive psychics for private readings.

What Psychics Charge the Most for a Private Reading?

Our research found that George Anderson was the world’s most expensive psychic medium, but here is a list of 8 others that have reached a level of global fame and some prices to match.

Carrie Carter is a life coach and medium, clairvoyant, and healer. She has written bestseller books and appeared on ABC Channel 7 and Fox News. She carries out seminars and workshops as well as her private readings. A session with Carri Carter costs $150.

For being based in Manhattan and having clients such as Jennifer Lopez and Sean Young, we felt the $200 per session was almost justified. He first discovered his gift at the age of 4 and has continued to accurate predict situations throughout his life.

Aiden Chase is a third-generation healer and can answer questions about your future, align your chakras, and everything in between. Based in Hollywood, his schedule is quite full of celebrity readings. If you are lucky to get a session with him, it will set you back around $395.

Carmen Harra is the perfect psychic for those who aren’t quite ready to believe all. Her intuitive abilities are greatly helped with doctorates in clinical psychology and clinical hypnotherapy. Her sessions cost $400.

Michelle Whitedove is not shy of TV appearances. In fact, she was the first legitimate psychic to prove her abilities on live TV and has been said to have a 98% accuracy. She is able to communicate with spirit guides to understand personal problems as well as global issues.

Another psychic who has inherited their ability, Chip Coffey is the grandson of 20th century psychic Minnie Sue Morrow Foster. Aside from private sessions at $650, he also focuses on helping children who may have psychic abilities, particularly those related to the paranormal.

Listed as one of the top 100 most spiritually influential people in 2013, Colette Barron-Reid is an expert in intuition and in the field of spiritualism. She has a bestselling book published in 27 languages, she gives lectures and has appeared on TV. A session will cost $800.

John Edward was actually a non-believer until the age of 15 until a medium started accurately telling him things about his life. He was told that he would become famous for his psychic abilities, which was spot on as he is now a TV personality. For $850, you can have a session with John Edward.