Who are the Psychic Twins 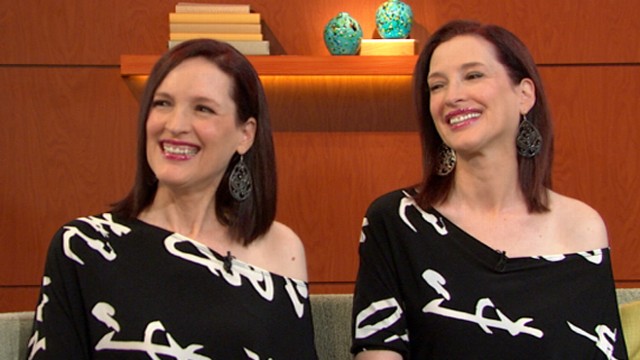 Who Are The Psychic Twins

The world is not short of famous psychics. Regardless of how psychics have been portrayed throughout history, the ability to see things beyond our normal realm has existed for centuries. So, what makes the psychic twins different? Most noticeably, there are two of them!

Linda and Terry Jamison are identical twins who grew up in Pennsylvania. Even as youngsters, their “twin-tuition” was strong. Like many other twins, they had their own language and their parents felt like they were one of the same people. They began using their psychic abilities in school to predict what careers their friends would have and who they would end up falling in love with. Their accuracy with these predictions led them to explore their abilities further. Despite starting careers as performance artists, they moved to Los Angeles to dedicate themselves as psychics.

It didn’t take long for them to reach fame. Their worldwide predictions have shocked so many people but at the same time, have also encouraged the skeptics to prove they were just the latest psychic con artists.

How Do the Psychic Twins Make Their Predictions?

The twins say that meditation plays an important part in their gift, spending 4 to 5 hours a meditating. They also practice automatic writing, also known as psychography. This is the act of writing words without consciously doing so but instead, receiving messages from spirits and writing their words. These messages come from Akasha the spiritual force surrounding Earth and what the ladies refer to as a “universal library” of all knowledge and history.

Many of the world events they have predicted have come to them as nightmares, in particular, the tsunami of 2004. Linda had severe nightmares about tsunamis and drowning for months before the event occurred. Predictions related to terrorist attacks cause strong, nerve-wracking sensations throughout their entire bodies.

Terry and Linda have documented approximately 3,000 events which they predicted. They also claim to be two of the few psychics that are actually able to give time frames for when these events will occur. Let’s take a look at some of the most famous predictions that the Psychic Twins made before diving a little deeper into them:

Are These Credible Predictions

From our perspective, we are neither here to tell you that the psychic twins have supernatural abilities or not. That is for you to decide. We will, however, look at some of these predictions more closely with an open mind.

On the Art Bell radio show in 1999, the twins claimed there would be terrorist attacks on federal buildings and the World Trade Center by July 2002. The World Trade Center had been bombed in 1993, so there was already a link with this location and terrorist attacks. One could point out that the attacks occurred in 2001 but they did say by July 2002, which implies before!

Linda and Terry predicted that Saddam Hussein would be killed by U.S troops in early 2004. He was actually captured by U.S. Forces in December 2003, he was found guilty of his crimes and executed in December 2006. Again, not spot on but close.

A foiled assassination attempt on Trump

In 2018, the twins claimed they had spoken to Lady Diana. Lady Diana wanted them to know that she had been at the wedding and that they would soon be blessed with a child. The pregnancy was confirmed one month later.

Some of the predictions for 2019 and 2020 were rather general. Stating that there would be turmoil for Trump is really a given considering his disruptive nature. Facebook suffering from more privacy issues is also a prediction that many people in the tech industry would have been able to predict. So far, we haven’t seen any huge scandals with YouTube, nor further assignation attempts on Trump.

But what about some of the predictions that were more accurate?

Breakthroughs in treatments for various cancers, Parkinson’s and Alzheimer’s

In 2019, the AADvac1 vaccine to stop the progression of Alzheimer’s completed its Phase 2 clinical trial showing 98.2% positive results. 2020 saw breakthroughs in a revolutionary treatment for cancer and another study showed a biological drug to stop motor skills decline in monkeys that were given an experimental Parkinson’s disease.

The twins predicted more efforts to control epidemics and a ‘super drug’ to be developed to fight growing pandemics. The world received hopeful news just recently of a vaccine for COVID-19.

The twins predicted that there will be a lot more diversity in the film and TV industry. We have seen lots of examples with this as equal pay among actors and more female directors being recognized for their work.

The psychic twins are not all doom and gloom. They do have a lot of other fun predictions related to celebrates and their lives, future romances and the changes in energy around these celebrities. There is a lot of fun on their YouTube channel. On that note, the psychic twins don’t earn money from their channel, articles, or worldwide predictions. They are rumored to charge around $500 for a private reading which is quite a standard rate for world-famous psychics.

The question that we must ask is that with so many accurate or relatively accurate predictions, why aren’t more people listening to them. The Lufthansa Germanwings Airline crash occurred on the 24th of March 2015. The psychic twins had outlined the details of this crash on the 11th January 2015. Could something have been done to prevent the 150 deaths? Rather than continuing to find ways to discredit the psychic twins and others like them, perhaps it is time that we start listening to these extremely intuitive people, at least until science can catch up a little more and help to prove such abilities.