Who Is Astrologer Sylvia Sky? 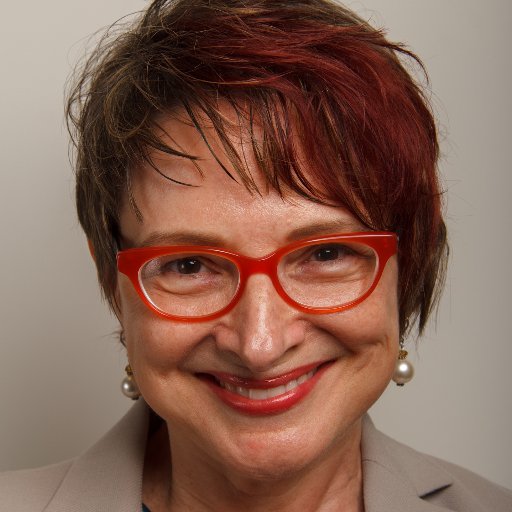 Who Is Astrologer Sylvia Sky?

It’s been a whole decade since the release of the 50 Shades of Grey trilogy. This modern-day Romeo and Juliet vs Richard Gear and Julia Roberts had men and women engrossed around the world. While many blushed and the steamer side of the book, Sylvia Sky was focused on the Gemini-Virgo relationship.

Sylvia Sky is an Astrology. She began studying in 1976 and then writing in 1983. She has written astrology columns, articles and books on horoscopes, astrology, and interestingly, her own investigations into those psychics who are not legitimate. She has a B.A. in journalism, a Master’s in English and was an investigative reporter for 8 years.

Aside from her astrology columns and articles, Sky is best known for her two books, the Sun Sign Confidential: The Dark Side of All 12 Zodiac Signs and Bonded and Hitting It Off: Horoscopes of Cristian Grey and Ana Steele, and Their Gemini-Virgo Relationship.

Sun Sign Confidential is a short book that takes a look at what other astrologers may not tell you. Rather than learning more about each sign’s positive traits, it examines the darker characteristics of the zodiac signs. The book also contains celebrity birthdays and those traits they might have. Reviews are generally good with most saying it was an interesting read and easy to understand. One person felt there should have been some more humor, but I guess that’s hard when you are talking about this kind of topic.

When it comes to her interpretations of Cristian Grey and Ana Steele, we should warn you that there are a few semi-spoilers. One should also point out the irony of Sky’s introduction as “Fifty Shades of Grey might not be a great novel”. Each is entitled to their own opinion, but 50 Shades trilogy has a whopping 51,982 reviews on Amazon, compared with one review for Bonded and Hitting It Off. The book again is very short but does contain 3 birth charts and is highly detailed—if you want to know more about the personalities of the two characters.

Sylvia has been a member of HubPages for 10 years. She has 88 published articles and 251 followers. Some of the articles continue with the themes of her book, taking a look at the Darkside of different signs. Watch out though because some may find these articles a little brutal. “Leos can have a grisly obsession with their looks” is actually quite tame. “Leo marries because you’ll make a good secretary, servant, or yes-man” comes just before a list of Most Annoying Leos. Not to mention the pop at Arnie for becoming governor for “no good reason and impregnating his housemaid” and Madonna who “never gets enough attention, money, praise, airtime or sex”—don’t hold back Silvia!

Other articles include reviews of the notorious fake psychics, reviews of horoscope and natal chart books, and one we found quite interesting, the Best Videos of the 2012 Transit of Venus. There are various articles that offer advice on who to find the right reader for you.

What Is Sylvia Sky’s Advice on Psychic Readings?

Sylvia is quite forthcoming about her concerns regarding the industry. Real psychics with genuine abilities don’t need to place ads for their services because their reputation should be enough. At the same time, she warns of free readings. Everyone has to make a living at the end of the day. Whether it’s $20 or $200, bills need to be paid.

The internet can be our best friend or our worst enemy. Sylvia Sky believes that there are some great beginner computerized birth charts and interpretations and all you need to do is add your date of birth. If you use a book such as ‘Astrology for Yourself’ to you can confirm the interpretations and gain more detail.

Sky has frequently spoken out about certain psychics like Extraordinary Chris. These are just chatbots or automated services that send out the same readings to everyone who signs up. Unfortunately, there is no human behind the photos on websites, some have even been known as images from Shutterstock. Most of the time you are enticed by the offering of a free reading just for signing up.

But then the company has your email address, and the persistent emails begin. Scare tactics are also common and some end up paying hundreds for the removal of spells or curses. Her best advice is to look out for the disclaimer which states the readings are for entertainment only.

Finally, Sylvia Sky warns of those who place an unnecessary sense of urgency or those who will send you a magic spell. Another sign of genuine psychics and astrologers is that they don’t send continuous emails telling you that your luck will run out if you don’t act now. Sky doesn’t dis the power of magic. People can’t create spells for you, it’s a typical scam used by con artists online. Her recommendation is to create your own.

Sky feels that the best way to find genuine psychics, Tarot readers and astrologers is to reach out to your local community or to email someone directly. A quick internet search can come up with an email address and this is safer than handing over your address to an illegitimate site.

Sylvia Sky does enough to be known in the industry but not so much that she draws too much attention to herself. The accuracy in her horoscopes is not always what she is most known for, she will always be the astrology who looked at the darker side of personalities. You will probably find it a little shocking but that’s because we are used to light horoscopes.

Nobody is doubting Sky’s ability to interpret charts and write excellent horoscopes. Perhaps the one thing that stands out is the pot who occasionally calls the kettle black. Aside from casting doubt on the quality of a best-selling novel, she has also written on those who have two names yet one scam. Sky’s bubbly little face doesn’t shout scam, but we were slightly confused to learn that she had published books under her own name and under Sylvia Sky! We will let you draw your own conclusions from that!