Who is celebrity psychic Chip Coffey? 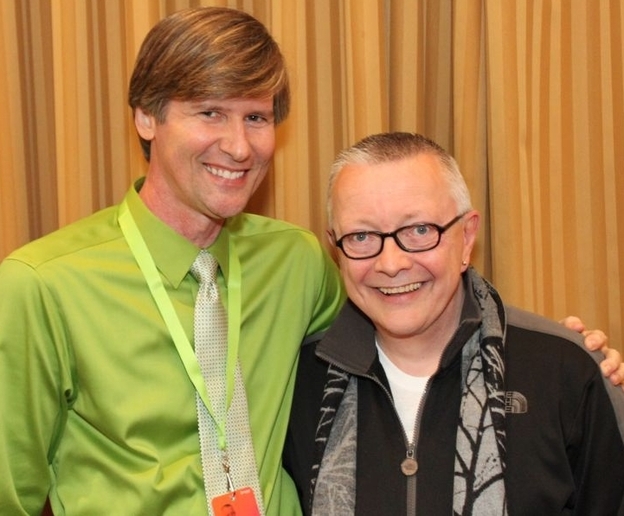 Who Is Psychic Chip Coffey?

Coffey claims he has a God-given talent which started when he was a child, even growing up in a haunted house. He would be able to tell his parents that the phone was going to ring and even who was on it. As he grew up, he started to see full-body apparitions. He is a clairvoyant, clairaudient, and clairsentient, so is able to see, hear, and feel both ghosts and spirits.

It would seem that Coffey’s gift runs in the family. He is the great-grandson of Minnie Sue Morrow Foster, a Native American medicine woman who was extremely well known in the early 20th century.

Coffey has a degree in counselling/psychology and became a certified ghost hunter in 2001.

He has appeared on several TV shows. Paranormal State has been aired since 2007 and follows a university paranormal research society in Pennsylvania. On Psychic Kids, Coffey is a host along with therapist Edy Nathan, medium Kim Russo and sensitive Chris Fleming. Together, they mentor children who believe they have psychic abilities. This year, Coffey became part of the Kindred Spirits team, a paranormal documentary and reality TV series. He is also the author of Growing Up Psychic.

Coffey has always been a performer. He started acting at the age of 5 and has since had an impressive career on stage. He has been in over 150 plays and a number of TV commercials.

The Belief System of Chip Coffey

We always feel that it’s important to learn both sides of a story so while we will look at what the skeptics have to say, it’s only fair to hear from Coffey too. After watching Coffey talking to a woman who believed her house was haunted, it’s easy to see why he is successful. He appears genuinely concerned and you can also see the psychology training kicking in.

Coffey explained to the woman that it is possible that her personal problems were likely to be causing a type of feeding ground for the spirit in her home. This spirit was feeding off the negative energy so one of the first things she had to do was to start working on healing herself and bringing more positivity into her life. He went on to stress the importance of prayer. Being raised Catholic, he stated how important it was to pray and in particular to St Benedict, the protector against evil.

Of all the videos of Chip online while he is contacting the dead, there is an element of drama. More often than not, he doesn’t fear what he hears or sees. Other cases have unnerved him, even with a Bishop performing a blessing beforehand. There is no doubt that he believes in his abilities.

What Do the Skeptics Say?

Operation Bumble Bee was put together by Susan Gerbic, the co-founder of Monterey County Skeptics and was just one of the psychic stings she has carried out. Essentially, the operation involved a handful of people creating characters who had all lost someone. These people then attended one of Coffey’s shows. Prior to the show, all of the audience met in a large hotel room and began exchanging stories. The three characters all made sure their stories were repeated loud enough to be heard by the show organizers.

As Coffey went around the audience talking to people about the connections he made, he picked out all three and the connections he made with the deceased, exactly as they had been described when the audience was originally exchanging stories. The harsh reality is that Operation Bumblebee, at least in this case, really did prove Coffey to be a fraud.

While these people hadn’t really lost anyone, there were people in the audience who whole-heartedly believed that Coffey would be able to make a connection with their loved one. A young woman had lost her boyfriend just 5 days before. She told Coffey that he had died in a car accident. There were some melodramatics as Coffey spoke to his guide who was saying it was too soon for the man to appear, that he was trying to get through. Eventually, he made contact and Coffey said that he was ok, just like he had with the dead sister, mum, and child. Coffey took this even further by telling the young woman that she would get more once the man had completed his transition and that she should call him for a private reading.

Coffey made no claim about contact or a message that he hadn’t either been told by his eavesdropping staff or that he hadn’t asked audience members. The harsh reality is that this operation only delayed the grief process for some while lining the pockets of others.

How Much Does a Reading Cost with Chip Coffey?

If you are looking for a general reading, you can expect to pay $200 for 20 to 30 minutes by phone. Spirit contacts cost $500 for 30 to 45 minutes and again, are by phone. If you want another person to join your reading, it’s an additional $250 per person. Coffey also has a combination reading which involves communicating with someone who has passed away as well as asking questions about your past, present and future. A combination reading will set you back $650 for 45 minutes. If you require a reading urgently, these prices are $400, $700, and $850 respectively.

On a final note, one has to question the authenticity of Chip Coffey’s abilities when the legal disclaimer on his website states that the readings are for entertainment purposes only. If Coffey does communicate with the dead, why would he need to tell everyone it is pure entertainment? A rather mixed message in itself and you might want to consider other forms of entertainment that last more than 45 minutes!