Who is Ciro Marchetti? 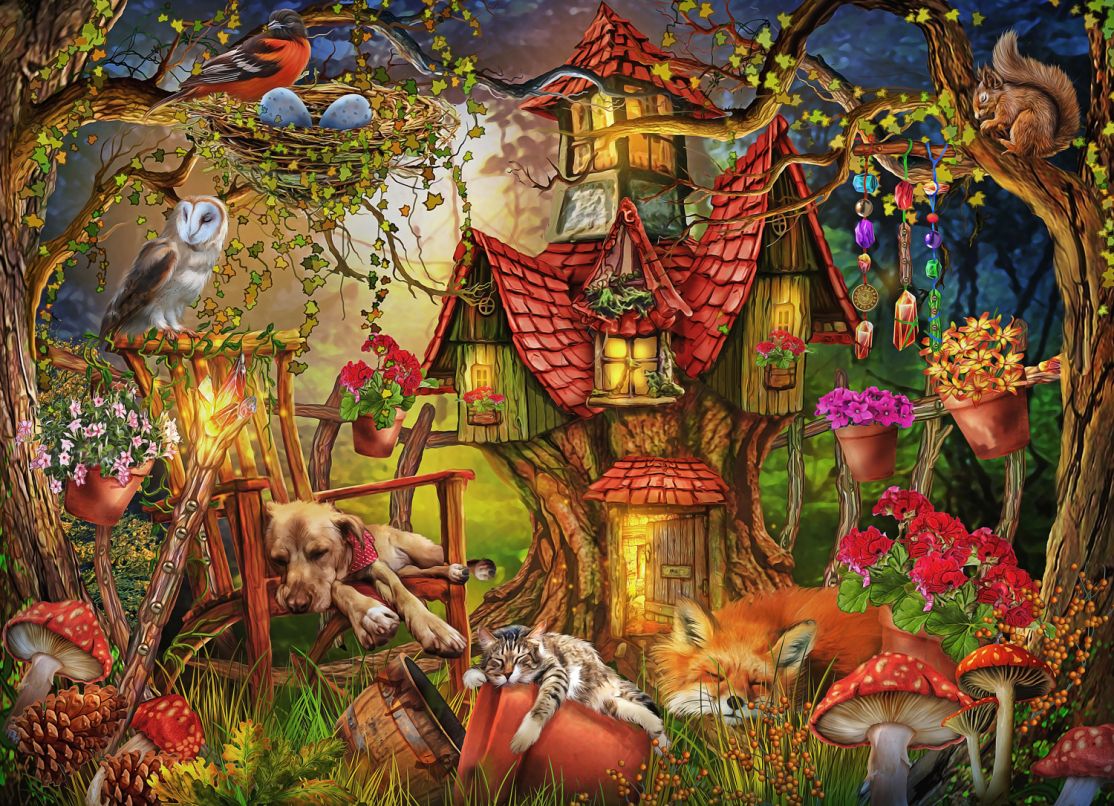 Who Is Ciro Marchetti?

The very first Tarot decks date back to the 14th century. However, they were used for playing various card-related games at that time. In the 17-18th centuries, people started using Tarot cards for divinatory purposes. Tarot cards have been associated with fortune-telling practices ever since then.

Back in the day, there were only a couple of Tarot decks available worldwide. While this might be a bit surprising, people are more into Tarot reading now than ever before. Therefore, illustrators and designers have launched many Tarot deck designs to make individuals’ experience with Tarot reading even more enjoyable.

Although there are hundreds if not thousands of different Tarot decks available on the market, not all of them have managed to gain worldwide popularity. The Rider-Waite Tarot deck published in 1909 is by far the most popular Tarot deck across the globe. While this is a classic Tarot deck, there are lots of magical decks with much more impressive illustrations.

Ciro Marchetti is among the most famous Tarot deck designers, best known for his exceptionally alluring Tarot card illustrations. In this article, you will learn more about Ciro Marchetti and the products he has been designing for years.

Why Is Ciro Marchetti So Famous?

Ciro Marchetti is a world-famous artist from the United Kingdom. After studying arts in London, Ciro Marchetti started his working career in Europe and South America. This was when he co-founded one of the largest graphic design agencies in the region. After residing in the US, he launched a branch office in Miami. Along with managing his graphic design company, Ciro Marchetti is well-known for his lectures and workshops on digital imagery and illustration at the Art Institute of Fort Lauderdale, Florida.

During the last couple of years, Ciro Marchetti has been awarded five Photoshop Guru prizes. As a three-time recipient of the Worldwide Photoshop Competition in a variety of categories, Ciro was identified as a Grand Prize winner. He has also participated in different digital art competitions and has been among the finalists three times.

Although Ciro Marchetti is famous for his exceptionally magical Tarot decks, he has been designing various Tarot-themed items, such as banners, tapestries, Tarot reading cloths, satin bags, and kimonos. Some of the companies have even obtained the rights to use Ciro’s illustrations for the production of jigsaw puzzles.

If you are willing to enrich your Tarot-themed collection with unique pieces designed by Ciro Marchetti, check out the sections below. You will find detailed information on what to expect from Ciro Marchetti products and where to buy them.

What Does Ciro Marchetti Offer?

The first thing that comes to your mind when you hear the name “Ciro Marchetti” is probably an alluring deck of Tarot cards with remarkable illustrations. Despite the fact that Ciro Marchetti is famous for his magical Tarot deck illustrations, he offers much more than just a well-designed deck of cards.

Detailed information about each product is provided below.

As an incredibly talented artist, Ciro Marchetti produces a variety of illustrations annually. The majority of his art pieces are then licensed and issued as jigsaw puzzles, posters, banners, or regular fine art prints.

Although Ciro Marchetti no longer offers posters and prints through his official website, a large variety of his illustrations can be purchased on third-party platforms.

Ciro Marchetti has designed several alluring card decks, including Tarot, Oracle, Lenormand, and Kipper decks. Initially, all decks are published as special edition decks and then they are licensed to be published worldwide and translated into various languages.

Marchetti Tarot includes a total of 78 cards sized 3×5 inches with gloss varnish. The package includes a companion document written by Lee Bursten. This document gives you detailed information about each card of this deck as well as historical perspectives of Tarot reading in general. There are some sample spreads and readings featured in the document allowing you to become even better at reading Tarot cards. The free PDF version of the companion document can be downloaded here.

Encore Tarot deck features 3×4-inch sized 82 cards with gloss varnish. This is a collection of Ciro Marchetti’s favorite cards from previously published Tarot decks. However, individual cards have been completely reworked prior to issuing the Encore Tarot deck. Since these cards are based on the Rider Waite Smith system, every Tarot reader should be familiar with major concepts. To download the Encore Tarot companion document for free, click here.

The Retrospective Tarot deck is commonly associated with the Encore Tarot deck since they are based on somewhat similar objectives. This deck has also been based on the cards from previously issued decks. Still, each card has been reworked to be unique in its own way.

Although the Retrospective Tarot deck does not include a companion document, you can feel free to use the one featured in the Encore Tarot deck.

The Sui Generis Lenormand deck consists of 2.45×3.96-inch sized 47 cards with metallic gold edging. Some of the cards from the deck have been added from the previously issued deck called the Gilded Reverie Lenormand. To access the companion document for this Lenormand deck, you just need to scan the barcode provided on the 44th card of the deck. After scanning the barcode, your smartphone will take you to the corresponding site.

If you are traveling a lot and need some mini Tarot decks to have with you at all times, you can purchase mini versions of regular decks designed by Ciro Marchetti. The cards in the mini-deck edition are 1.25 inches wide and 1.75 inches long, meaning that you can easily put the deck right into your pocket.

If you are a devotee of Tarot reading, the Collective Arcana edition is the right package for you. The edition includes 26 full-colored 8.5×11-inch sized illustrations printed on a textured parchment paper. The package comes with an official certificate of authenticity personalized exclusively for the recipient. You can also print your personal zodiac sign, the Tree of Life, and the Tarot combination.

To purchase any of the earlier edition decks designed by Ciro Marchetti, click here. You will find links to official product listings on various third party websites.

Along with designing unique Tarot decks, Ciro Marchetti illustrates a variety of Tarot- and Zodiac-related items, including the following:

If you want to save up some money when purchasing Tarot-related items designed by Ciro Marchetti, you should consider ordering a Trio Package instead of buying products individually. For only $90, you can get a deck, a cloth, and a bag of your choice. For detailed information on Trio Packages, click here.

How to Purchase Tarot Decks by Ciro Marchetti?

There are a couple of ways to purchase Tarot decks or other Tarot-themed pieces designed by Ciro Marchetti, including through his official website at www.CiroMarchetti.com.

However, some products may not always be available at the moment. Or, you may be searching for some high-quality Ciro Marchetti items for a relatively affordable price. Whether you are looking for used or brand-new Tarot decks and other pieces by Ciro Marchetti, you can use the following websites to order the items of choice remotely.

Official listings of items designed by Ciro Marchetti can be found here:

If you are looking for products that are no longer in stock or used items for a lower price, you should consider visiting other e-commerce platforms, such as eBay or Amazon. You can easily find various unique Tarot decks designed by Ciro Marchetti for a relatively affordable price.