Who is Psychic Baba Vanga? 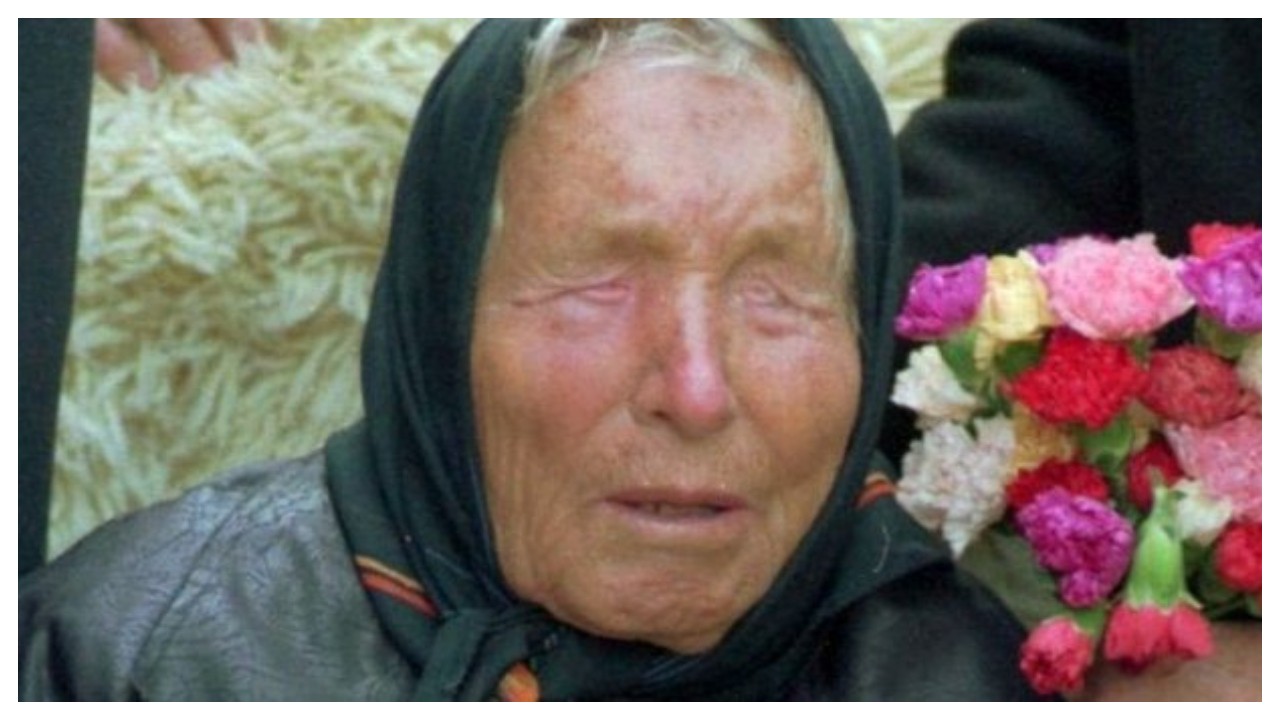 Who Is Baba Vanga?

There was something mysteriously captivating yet eerie about Baba Vanga. There are no Baba Vanga websites, no books published like almost every other psychic, no bells and whistles. Just a humble old lady who is said to have an 85% accuracy rate. Despite dying in 1996, Baba Vanga’s predictions are still making the news, as just recently, her 2021 predictions have been published.

Vangeliya Pandeva Gushterova, also known as Baba Vanga or Grandma Vanga, was born in Bulgaria in 1911. At the age of 12, Baba Vanga was caught in the middle of a storm. Apparently, a tornado threw her up in the air and she was missing for 2 days. When she was found, her eyes were covered with so much dirt and dust she couldn’t open them—causing her blindness.

During this time, Vanga had her first vision.  A religious believer might say that God took away her sight but only to give her the ability to heal and see the future. She spent 3 years in a school for the blind but had to return home to look after her family.

The second World War spread unrest across the globe, and many had questions that couldn’t be answered. People started to visit Vanga in the hope that she would be able to tell them where loved ones were or if they were alive. She was also visited by leaders and politicians such as Leonid Brezhnev (Soviet Premier) and Boris III (Bulgarian Star).

One thing we have to bear in mind is that Baba Vanga didn’t write down her predictions or publish them online. A lot of what we read is hearsay and obviously as Vanga died, it is hard to confirm which are her actual predictions. That being said, there are plenty that are world famous.

There is no particular order in these events. We have started with a few that are incredibly close to accurate:

On a similar note, she predicted that Trump would catch a mysterious illness that could cause various symptoms such as nausea, hearing loss, and brain trauma. This was her prediction for 2019, so you can tie it to Trump catching coronavirus in 2020. But in 2018, several Cuban and American came down with a condition that had the above-mentioned symptoms. She also predicted a catastrophic economic collapse in Europe in 2019, she was just a year off again.

In 1980, Vanga envisioned the Kursk nuclear submarine “covered with water and the whole world would weep over it”. She saw this happening in August 1999. The Kursk sank in August 2000. All 118 onboard died. Although tragic, this is one of our preferred predictions as there is no room for misinterpretation. Although the year was wrong, she accurately named the month and the submarine.

Baba Vanga is probably most known for the claim that she predicted the 9/11 terror attacks. In 1989, Vanga said, “the American brethren will fall after being attacked by steel birds. The wolves will be howling in a bush and innocent blood will be gushing”. You can see the relationship, but others may have interpreted this prediction in different ways.

Vanga also wasn’t too far off with her World Cup Final predictions. She saw the finals of the 1994 World Cup being played by two countries starting with the letter B. Brazil made it to the finals and Bulgaria was close being eliminated in the semifinals. Still, not even Vanga could have predicted that some years later, the world was listening to an Octopus for football predictions!

General predictions can also be seen as accurate or far off, depending on your willingness to believe. Baba Vanga predicted the rise of ISIS and Muslims using chemical warfare. There is also some debate around her European predictions. Some say she foresaw Brexit; others say she believed Europe would cease to exist by 2017. Europe is still in one piece but soon after Brexit, some other countries mentioned the possibility of their own exit from the EU.

Our final Baba Vanga prediction was not only accurate but also hair-raising. Silvana Armenulic was an actress and singer from Yugoslavia. She wanted to meet with Vanga in August 1976 but Vanga had nothing to say to her. Finally, Vanga told the actress that she didn’t want to talk to her and to go away and come back in three months. Just before reaching the door, Vanga told Armenulic that she wouldn’t be able to return in three months. She died in a car accident two months later.

What Are Baba Vanga’s Predictions for the Future?

Let’s start with one that already appears to be close to accurate. Although the year isn’t stated, Vanga saw China overtaking the US as a superpower. Just 12 hours prior to writing this, the BBC published an article about China’s economy overtaking the US by 2028.

Positive predictions include global hunger being eradicated between 2025 and 2028. She also saw doctors being able to cure any disease with the thanks of cloning technology. 2021 has some good news too. Vanga believes a cure for cancer will be found and trains will fly by using sunlight.

One vision that can be left up to interpretation is the strong dragon that will “seize humanity” in 2021.  She went on to say that three giants will unite, and some people would have red money. The numbers 100, 5 and many zeros also appeared in the vision. Some believe the 3 giants are Russia, China, and India—in the same BBC article, India is expected to grow to the 3rd largest economy in the world). China has a long tradition with dragons. Plus, the 100 Yuan is red and the 5000 Ruble is red.

As unpredictable as 2020 has been, it’s certainly worth paying attention to Baba Vanga’s predictions and seeing whether her incredibly high accuracy rate will continue.