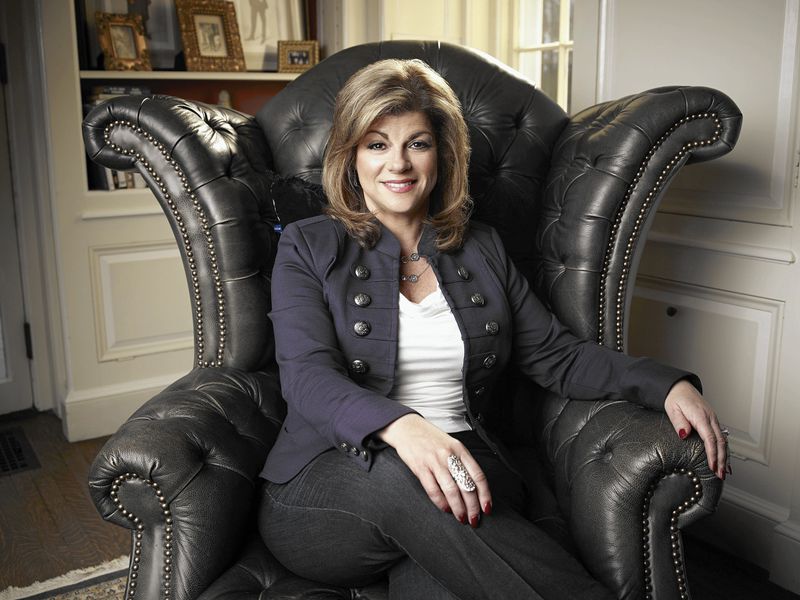 After researching so many celebrity psychics, you start to get a feel for those who are playing on their acting skills to advance their careers. The dramatics that come with psychic readings shouldn’t be necessary. It’s the act itself that should bring awe to the audience. This is why psychic Kim Russo caught our attention.

Kim Russo has been communicating with spirits for almost 20 years. Like most, she began helping friends and family to communicate with loved ones who had passed away and essential, to help these people face their fears. Also known as ‘The Happy Medium’ after her book, Kim focuses and bringing love, light, and understanding into people’s lives. It wasn’t long until Kim Russo found herself on TV shows like Paranormal State, Psychic Kids, and Celebrity Ghost Stories.

We were compelled to watch one particular episode as it involved a celebrity couple—a skeptic and a believer. Kim Russo took Ice-T and his wife Coco to a haunted factory in New Jersey. As they walked through the factory, Kim had visions of a man named George, a boiler room where a man fell to his death and she felt a strong connection to Scotland. The owner of the building revealed that next door was the old boiler room where a man named George had fallen while trying to close a pressure value, he died. He also told Kim that all of the workers were from Scotland.

There were more revelations. Kim saw children in the basement and felt that this was the place used for illegal child labor. The owner also mentioned how his daughter had an ‘imaginary friend’ who lived in the basement.

Even Ice-T, famous for that tough-guy image appeared to be on edge when unexplainable things began to happen. A lightbulb started to flicker. You could almost see the Ice-T suspicion but also the logical side of his mind trying to break through. It was a genuine look that the audience could relate to. You want to think that it’s a dodgy fuse, Ice-T thought it was a motion detector, but then there is the moment of ‘what if’. Once again Ice-T’s facial expressions said it all when Kim’s fully charged audio battery went flat. Ice-T did admit that there was a strange atmosphere in the entire building, and it was clear that his skepticism had been shaken.

Leading the Way to Kim Russo’s Own Show

The success of her appearances on such shows made the transition into her own show an easy one. The show began in 2012 and Kim talks to various celebrities about their paranormal experiences and how these moments had changed their lives. Some of the most well-known episodes included Kelly Clarkson, MeatLoaf, Tito Ortiz, Ernie Hudson, and Bill Ray Cyrus. There were 6 seasons of ‘The Haunting Of…’ with a total of 75 episodes and 4 specials.

Kim worked with celebrities to uncover the mysteries they had experienced in their past. Viewers are taken back to important locations and get to hear some pretty emotional moments. The network that hosted these shows (A&E Network) agreed to a new series called Psychic Interventions. It was just 6 episodes which helped families who were in desperate need of spiritual counseling.

Today, you will see Kim Russo hosting the latest season of Celebrity Ghost stories with guests like Terry Bradshaw and Kelly Osborne.

Another thing that draws us to psychic Kim Russo is that she doesn’t feel the need to justify or explain how her talent began. On the contrary, Kim admits to being skeptical and is the type of person who has to see things in order for them to be true. In 2005 she became a certified medium by the Forever Family Foundation. The Forever Family Foundation is an organization that works towards proving that there is life after death.

An organization with a similar goal, The Windbridge Institute for Applied Research in Human Potential put Kim through a stringent series of double-blind tests to confirm her psychic abilities. After earning “exemplary” scores, she was accredited in 2011.

Kim’s testimonials are just as we would have thought. Kim is warm, friendly, and genuinely loving. She has the ability to open people’s hearts and make them feel like they are part of her family. The connections that Kim has made with spirits has brought a lot of peace into people’s lives and has allowed them to move on from some very sad times.

For those who had had personal readings with Kim, they were blown away by her accuracy, not only in the details of events but also the timings.

Whether it is an in-person reading, her book, or one of her shows, everyone comes away feeling a sense of peace and relief. They feel educated and inspired thanks to this kind and happy medium.

Where Can You See Kim Russo?

You don’t have to be psychic to know that Kim has a full schedule. At the moment, Kim isn’t able to offer individual readings, but it is worth checking her website in case some openings become available. You can still contact her for public events and lectures. Although there are no events scheduled for the near future, it is also worth keeping an eye out online for tickets. Most ticket prices are between $30 and $60, which we felt was more than fair for a chance to see Kim and learn more.

Until then, you can read her books, The Happy Medium and her latest book, Your Soul Purpose. You might be interested in Meditation CD, the Golden Bench, which is available to buy or download. Her website also has crystals and jewelry that can help you tap into your energies and help you with your healing.

Kim Russo is a breath of fresh air in the celebrity psychic world. While watching her shows you know there is a bit of music to create an air of suspense but after all, it’s TV. She is the type of person that you want to hear more from, or you want to just sit and have a coffee with. Mother, psychic, TV star, author and above all relatable.