Who is Psychic Phil Jordon? 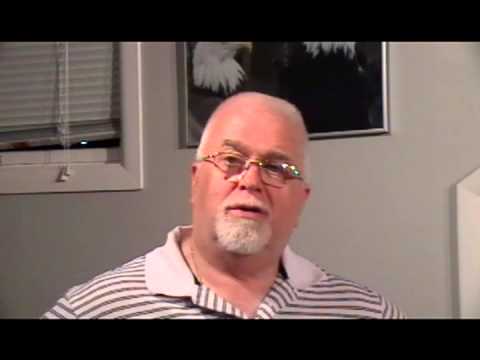 Who Is Psychic Phil Jordon?

Like many psychics, Phil Jordon had one experience in his youth that could have encouraged him to turn his back on his intuitive abilities or learn how to put them to good use. Fortunately, he chose the latter.

When Phil Jordon was 16 years old, he had a dream that one of his uncles he was close to was going to die of a heart attack. Just 6 hours later, his uncle died just as his dream had predicted. It seemed a logical link to begin his career as a funeral director, but we wonder if even he could predict where his physic skills would take him.

Today, Psychic Phil is most famous for the police cases he has worked on. Back in 1975, a 6-year-old boy had got lost in some of the Upstate New Your woods. 200 searchers were looking for the little boy and with no luck after 17 hours, Phil began his search. Just one hour later, Phil led the search time straight the boy.

He soon became a Deputy for the Tioga County Sherriff so that he could continue to help on certain cases. The following year he graduated from the New York State Municipal Police Training Academy. Since then, he has helped a number of law enforcement agencies to solve missing person cases, homicides, and arsons. While some law enforcement agents may still question the use of psychics, many skeptics have changed their opinion simply because they get results.

Phil Jordon uses auras to understand if people are telling the truth. On some occasions, this glowing aura can provide images that he can relay to the police. Jordon doesn’t charge for this service, only the cost of expenses, which we consider a generous act from his behalf.

Here are just a few cases where Jordon has been able to assist the police in solving cases.

It was thanks to the success of his work with the police that Phil Jordon was able to begin staring in the show, Psychic Detectives, which began in 2006. The program focuses on real cases that police struggle to solve and call on the help of psychics to get the necessary breaks. Despite not following through with confirmation of their claims, Psychic Detectives has been aired in the US, UK, Canada, Japan, Australia, and Italy.

It is rare to find a celebrity psychic who hasn’t published a book or two. Jordon’s first book was published in 1999. ‘I Knew This Day Would Come’ explores Jordon’s psychic ability journey through his teenage years and into adulthood. The book aims to help others on their own spiritual journey and in particular those who have struggled with alcoholism. Though the book has few reviews, they are generally extremely positive.

Mrs. Quiggley Died One Day is the second from Phil Jordon. This poetic book helps children to cope with loss and grief and even contains a workbook section for parents to help children. Although written with children in mind, it will help people of any age to work through the grieving process.

Phil Jordon holds and attends public events where members of the audience can have psychic readings and ask questions. Tickets are normally priced at around $25 to $35. Many of these events are in order to support charities and so a worthy cause.

There are various ways to have a private reading from Psychic Phil Jordon:

We see it time and time again. There will always be skeptics who want to discredit psychic abilities. Jordon admitted that the map he drew to find the missing boy in 1975 was of an area that the search team had not been over and there were other things that weren’t quite accurate about that particular situation.

On the other hand, there has to be a solid reason for law enforcement agents to keep asking for his services. Jordon himself admits that he is not always accurate in his readings and says that the phases of the moon might play a part in this. Still, as long as Physic Phil Jordon is still providing invaluable help solving crimes that nobody else can, who are we to judge?