Who is Psychic Sloane Bella? 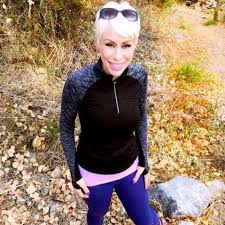 Who is Psychic Sloan Bella?

For those who live in California or are part of the spiritual and psychic industry, Sloan Bella is a name you have very likely heard before. Sloan Bella is not just a psychic medium who specializes in channeling and astrology, she is a force of nature.

As a psychic Sloan can take information from the past, present or future that experienced as ‘little flashes’ or ‘movies’ that she then interprets. Mediumship is a little different however, Sloan characterizes it as ‘ .. the ability to connect with energy that has crossed out the physical body and gone somewhere else. And there isn’t just one somewhere else. There’s many somewhere elses’.

At the age of 4, Sloan began to display signs of being spiritually gifted. During the night, spirits who had crossed over would visit with Sloan, and she began to vocalize her experiences. They became such a natural part of life that it was hard for Sloan to understand that this was not happening to other people, in an interview she describes her early experience this way;

” I had never realized I didn’t have them, just like being a girl, I knew I was a girl, I don’t remember anybody saying ‘you’re a little girl’, I just knew. So psychically this was just the way I responded, I never thought there was anything wrong with it. I thought everybody it (psychic powers).”

Unfortunately, these gifts were not well received by Sloans adopted family, and at the young age of 14, she ran away to begin a new life guided by of a spirit she’d been working with from early childhood. Later in life Sloan would come to learn the connection was with non-other than legendary, Jimi Hendrix.

Initially living on the streets, Sloan began her career three years later while immersed in the music scene in Toronto where she began to support herself by giving readings. Sloan’s skills were such that not only was she sought after by the public but by congressmen and the head of a major crime family.

Despite her challenging childhood, Sloan chose to embrace the extrasensory talented she’d been blessed with by diving into the spiritual world and using her insights for the highest possible good.

Sloan Bella’s primary motivation has always been to help the people who need her, early in her career she was known as a ‘street psychic’ because she would take to the street to provide readings for anyone who needed her.

Sloan left Toronto for California where she worked for many years providing psychic guidance for runaways and sexually exploited children. While in California she was employed by a progressive shelter to support gay and transgender teens with spiritual insights.

Since then, Sloan has become a prominent figure in the psychic scene as a TV personality, astrologer and psychic medium. As a TV personality, Sloan has appeared on shows such as Mullally’s talk show, the Montell Williams Show, E! Entertainment, TV Guides Hollywood 411 and Million Dollar listing as well as an assortment of guest appearances on podcasts.

In a throwback to her work with sexually exploited children, Sloan recently appeared on Jim Breslo’s podcast, The Hidden Truth Show with Jim Breslo to speak about Jeffery Epstein. During the interview, Sloan vocalises her intuition that the scandal is far darker than we can imagine.

Currently, Sloan hosts a popular Youtube channel with over 92k subscribers tuning in to watch her live readings. Some of her most popular videos are medium episodes were she able to channel the energy of celebrities who have passed such as Naya Rivera, Curt Cobain and Michael Clark Duncan.

Sloan Bella is also the proud mother of two beautiful boys who seem to have inherited some of their incredible talents. The youngest son shows promise a medium already with his ability to detail who Sloan was in a previous life. But that doesn’t mean the spirit gene skipped the oldest son who also receives psychic information but in the form of dreams.

Sloan Bella continues to offer readings as a medium and astrologer alongside her youtube channel as a way of continuing to support the community with her unique insights.