Who is Psychic Sylvia Browne? 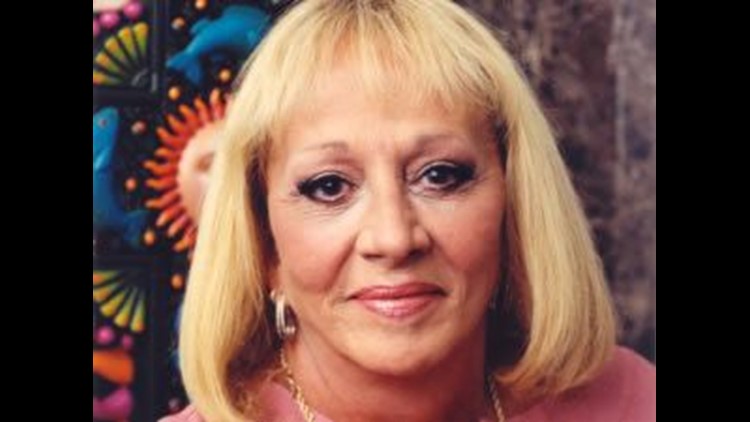 Who Is Sylvia Browne?

Whether you are a believer or not, most of us accept that each person is entitled to their own beliefs on psychic abilities. Nobody is forced to listen or to pay. What you do with the information you receive from a physic is up to you. That is until the psychic starts doing more harm than good.

This is much the case with Sylvia Browne. Some of her predictions have been accurate, but those that haven’t can only have caused more suffering to an already horrendous situation And, it’s beyond us why people continued to listen to her.

The self-proclaimed psychic and medium was born in October 1939. Browne’s grandmother and great-uncle were both psychic mediums and it was her grandmother who helped Browne understand the visions she started having at the age of five. She was highly perceptive to vibrational frequencies and had a spirit guide called Francine. It’s also worth noting that she was also a very good businesswoman, with annual earnings of around $3 million.

How Did Sylvia Browne Become So Famous?

Browne started her psychic readings in the mid-70s but for around 15 years, there was no sign of her in the public eye. She was a highly successful author (as so many psychics are) and published 40 books in total. Her first book was released in 1990, with a whopping 6 books being released in 2000. Her final book was released in 2011. Many of the books were ghostwritten or a collaboration. But it was probably her books that led to an interest in Browne from TV shows.

Sylvia Browne was a frequent guest on the Montel Williams Show, a tabloid talk show which ran from 1991 to 2008. Her weekly appearance was often about cases of missing children and parents or family members asking Browne for answers. Browne also appeared on Larry King Live and had her own radio show.

What Made Sylvia Browne So Controversial?

As a parent, you can’t imagine anything worse than your child going missing. The not knowing would eat at every day of your life and in that moment of vulnerability and desperation, you would probably feel that there would be no harm in trying a psychic. Cases where Browne’s inaccurate predictions that must have broken family members include:

Shawn Hornbeck was 10 when he disappeared. Browne told his parents that he was kidnapped by a dark-skinned man with dreadlocks, but he wasn’t alive. In 2007, Shawn was found, and he had actually been kidnapped by a white male with short hair. It was difficult to escape this error as it was live on the Montel Williams Show. After Shawn was found, Browne refused to give interviews.

Amanda Berry disappeared in March 2003. In November 2004, Browne told Amanda’s mom that she wasn’t alive. Her mom died two years later, abandoning hope of finding her daughter. Amanda was found in May 2013. After this huge mistake, Browne is quoted as saying “Only God is right all the time”.

A study in 2010 revealed another case which Browne got completely wrong. A grandmother wanted to know about her 6-year-old granddaughter who had been taken from her Texas yard whilst playing. Browne said the girl had been sold to slaves and was in Japan. Four years later, the girl’s remains were found in Texas and it was determined that she was killed the same day she disappeared.

If I wrote 100 random statements, the chances are I would get something right. This is just what Sylvia Browne did and, in some cases, she did get it right. She predicted that Arnold Schwarzenegger would run for political office, that two people would be arrested for the Oklahoma bombing, the Jon Benet Ramsey case wouldn’t be solved, and that Madonna would have a baby with another man. Nothing too specific.

Browne was in the news a lot in 2020 for her Coronavirus prediction. In her 2008 book End of Days: Predictions and Prophecies About the End of the World, Browne wrote of “a severe pneumonia-like illness” that would spread across the world in around 2020. She explained that it would affect the lungs and bronchial tubes. She got that part pretty spot on, but she also mentioned it would disappear as quickly as it arrived. So, Browne is now as psychic as Donald Trump who said the same.

The Committee for Skeptical Inquiry published their study on Browne’s predictions. They looked into 115 predictions all regarding criminal cases. 25 of her predictions were absolutely wrong. The rest were either unsolved or there wasn’t enough information.

In 2008, a 20–30-minute telephone reading would have cost you $750 and yet there was no proof of her abilities. It’s easy to see how her company was making around $3 million a year. In some of her tours, Sylvia Browne would often speak to her audience in a blunt, rude, and often hurtful way. James Rani, one of the most famous skeptics called her a callous fraud. She makes high-probability guesses based on clothing, mannerisms, body language and then uses the person’s reactions to continue the reading.

Cold readings are hard to watch. Psychic frauds baffle their way through people until they get the smallest thing right. Again, in many occasions, this may not cause any harm and might make for some light entertainment.

In Sylvia Browne’s case, real harm is being done. So much so that there is even a blog called StopSylvia. On the blog, you can read about Sylvia’s fraud conviction and an interview where her ex-husband, Gary Dufresne, literally told the story of Browne saying those who believed her deserved to be conned.

Nobody should ever speak ill of the dead. Browne dies in 2013 (another prediction that she got wrong). At least now, there is one less psychic fraud who is only adding to the pain of families.