Who is Psychic Wayne 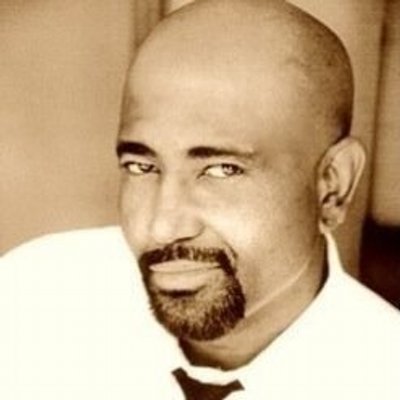 Who Is Psychic Wayne?

You would have thought that one of the two psychics would have used their intuitive gifts to learn about whether the name Psychic Wayne was already in use, but alas, here we are. To clear up any confusion, we are talking about the British Psychic Wayne. The American Psychic Wayne (Psychic Wayne Gonzalez focuses on astrology and can often be heard on the radio show ‘Rickey Smiley Morning Show’.

It’s not unusual to hear of psychics whose abilities were first noticed at a young age. What is uncommon is to talk to a psychic who had such a troubled youth and faced so many obstacles on his path to becoming a psychic. Wayne Isaacs, from Surrey, UK, is an amazing example of doubt and disbelief which could have gone either way.

Life for Wayne Before Developing His Abilities

As a child, Wayne could sense those who were trying to pass on messages to the living. Most children go through phases of being scared of the dark or monsters in the closet, but each night Wayne went to bed he was haunted by whispers and dark shadows that went beyond the usual childhood fears.

Again, there is nothing strange about seeing a psychiatrist for such a problem, but psychic abilities were never considered. Instead, Wayne was considered to be psychologically unbalanced. It must be hard to receive treatment for the wrong condition and when things didn’t improve, Wayne became a patient at a secure psychiatric unit.

The Realization of His Psychic Abilities

Sadly, his mom passed away from cancer rather quickly and this is when his mediumship began to flourish. Wayne felt that he needed some validation of his skills, a sign if you like. He joined a spiritualist church where a medium gave him a message from his mom which verified his purpose in life. From there, he joined a development circle, a group of mediums who worked together to develop their skills.

Psychic Wayne began giving readings to individuals and congregations. As his popularity grew so did his fame. Wayne became the first psychic on Irish TV while appearing on TV3’s show, Psychic Readings Live. While the show appeared to be popular, there was also great controversy around it.

Some were concern that older people would phone in just because they were lonely and wouldn’t realize that they were being charged 2.44€ per minute. Despite callers being told that they weren’t able to ask questions related to health, the show was live and so after two live readings that included a pregnancy question and one about a cancer outcome, the show began to receive complaints. In December 2012, less than 6 months after it was first aired, Psychic Readings Live was cancelled.

Wayne still makes TV appearances and does a lot of work for Cancer Research in the UK as well as other charity events. He also makes time to continue his learning so that he can “fine-tune” his gift. You will find him in various magazine articles, and he has published his own book, “I’m Not Mad I’m Psychic”.

One-on-one readings with Psychic Wayne are available via Skype or phone call. You can choose a 10-minute, 20-minute, or 30-minute reading and prices start at $33 up to $80, which we actually feel is quite reasonable for a celebrity psychic reading. What’s more, Wayne has even lowered prices during the COVD-19 crisis to make his readings more affordable for those with financial difficulties.

All psychics have to put up with some grief from the non-believers and Physic Wayne has had his fair share. Wayne appreciates that there is little point in debating his abilities with skeptics as his energy is better spent helping those who do believe.

Not long after, another prankster set up a fake Twitter account in Wayne’s name and began to taunt the Irish illusionist, Keith Barry. Barry, reaching the end of his patience, offered 50,000€ ($59.820) to Wayne if he could prove his psychic abilities.

What People Are Saying About Psychic Wayne

It would be easy to copy a few testimonials of his website, but we have done a little more investigation to find out what people are really saying about Psychic Wayne.

Around 5 years ago, Wayne was known as the king of Oranum (an online psychic network). However today, his Oranum page is rather confusing. To the left, we see 102 rates with an average of 3 stars. To the right, it states that Wayne is Oranum’s longest-serving psychic medium since 2011. Furthermore, he is one of Oranum’s outstanding 5-star top psychics. Smack in the center, there is a photo of Wayne with ‘his client’ James Corden—certainly not bad for publicity.

There were lots of “Wows” and “Amazings” from those who had had a private reading. Not only was he accurate but he also knew what people were going to ask before they even spoke. He was helpful beyond just the psychic reading and he was full of kindness. He also adds just the right amount of humor to help people relax. Generally, people found his prices to be reasonable and readings were worth the money.

You do have to wonder if the reviews are filtered on some of the major sites. Oranum, for example, has a 3-star rating yet it is only possible to see the positive reviews. Zodiac Psychics has a similar story. Out of the 4139 review Psychic Wayne has, it is almost impossible to find anything less than 4 stars, which is somewhat rare.

Overall, it is safe to say that there are more cases of Psychic Wayne doing good than harm and when you add this to the charity work, he does, it is difficult to find fault in him. He has done well to take the grief from pranksters and it hasn’t stopped him from following his life’s purpose.