Who is Psychic Yona Farrell? 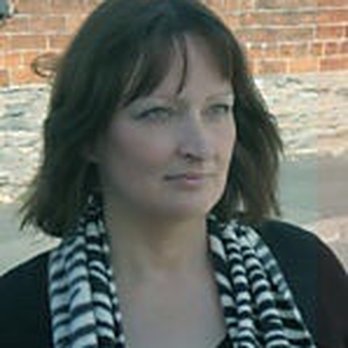 Who Is Psychic Yona Farrell?

At a first glance, Yona Farrell looks like any other middle-aged woman. The photo with her dog on her homepage makes it easier to relate to this international fortune teller. It might seem strange that she has gone for the term fortune teller while most prefer ‘psychic’ nowadays. But there is no need to be suspicious because of this, it might be that Yona Farrell wants to stand out.

Yona Farrell was taught to read palms at the age of 7 by her mother. She was 16 when she fell in love with Tarot cards. She was amazed at how accurately they could provide insights into people’s lives. She has been giving readings to people in her homeland, England, and all over the world for over 40 years.

Farrell offers readings and castings. Spirits are able to guide Farrell in her interpretations. She uses Tarot and crystal balls, but she isn’t able to heal or communicate with loved ones who have passed away.

If you are in the UK, you can have a phone reading, for all other countries, the readings are by Skype. Once you have paid for a reading via PayPal, Farrell will contact you to arrange a time for the reading. There is a 5 to 6-week waiting list, which leads us to assume she is popular.

There are three types of readings. A half-hour Tarot reading costs £42 ($58). An in-depth 50-minute reading is £80 ($111), this includes a detailed tarot reading and crystal ball reading. Repeat clients get a discount if they would like a top-up reading. 50 minutes costs £68 ($94). Farrell is very clear of the importance of free will and judgment and that clients must take responsibility for their own actions and decisions after a reading.

At the moment, Castings are not available because of COVID-19. Prior to the crisis, Farrell offered bespoke spells for all situations as long as they weren’t to cause harm to others or related to health. Her spells used ancient rituals and proven traditions, whether working alone or within a coven.

Again, there is nothing to suggest that Yona Farrell is out to scam you. We found the word genuine on every page and often more than once. Still, being over the top doesn’t mean you are a fake— right?

The red flag raised a little once we got to Farrell’s testimonials. We always try to give people the benefit of the doubt. Perhaps she is just not that tech-minded to embed reviews. The problem with copying and pasting reviews is that it doesn’t provide any real sense of what people think of a service. Obviously, if the reviews are real, she is only going to cherry-pick the ones she wants us to see.

From her “genuine feedback” her first review says, “Amazing lady, so genuine”. We’ve gone beyond over the top now. We also go a little too over the top with the A+++. The irony is that Farrell writes that anyone can be a psychic but only their clients can verify the accuracy. Pasting reviews doesn’t really prove her accuracy.

Yona Farrell’s website has all the right information but just enough to cause us to take a little deeper look into Farrell.

What Is Suspicious About Yona Farrell?

After having a good scroll through her Facebook page and LinkedIn, there is still nothing out of the ordinary. Yelp has one positive review, but things start to concern us when you look at the site Complaints Board. While there are a good few people who have nothing but good to say about Yona Farrell, the rest are a clear warning.

You can only imagine the harm caused by being told your husband was having an affair with someone who was going to die within a year. Still, psychics can’t just tell people what they want to hear. This particular person spent more than $2,000 and nothing was true. More people agree that her readings are vague, irrelevant or inaccurate. What’s more, it is impossible or at least very difficult to get your money back. Read our Article about avoiding Psychic Scams

Some of the people have received email templates of readings and information which are incredibly similar to emails received by others who have fallen for the scam. It gets more interesting when numerous people believe that Yona Farrell is behind the SPS Review Forum Scam, comparing her to the infamous Maria Duval.

The SPS Review Forum is a site run by a woman only known as Hope, who some believe is actually Yona Farrell. The forum is dedicated to exposing fake psychics, spell casters and other similar services in return for a fee. Hope uses a number of aliases to post fake warnings about people and services while promoting her own. It’s estimated that the site made $10,000 in its first month. So many people have lost thousands from this scam and the police are involved.

It would seem our suspicions of Farrell’s testimonials were accurate. It is highly possible that Farrell creates different accounts in order to create her own positive reviews.

If this wasn’t enough others reported that Farrell uses scare tactics to encourage people to hand over more money, again, similar to Maria Duval. She has also had complaints because of threatening clients that ask for a refund or cancel credit card payments.

It’s difficult to tell if Yona Farrell is the “genuine” fortune teller that her website makes her out to be or whether the website is just a front for yet another psychic scam. Ripoff Report goes as far as saying Yona Farrell is the UK’s biggest fraud and scam artist. $50-$100 might not seem like a lot of money for some but it’s more than this. It is more than likely that there is someone making a quick buck off the misfortune of others.

Considering there are plenty of other reputable psychics available, it might make more sense to steer clear of Yona Farrell.

One Reply to “Who is Psychic Yona Farrell?”