Who Is Theresa Caputo? 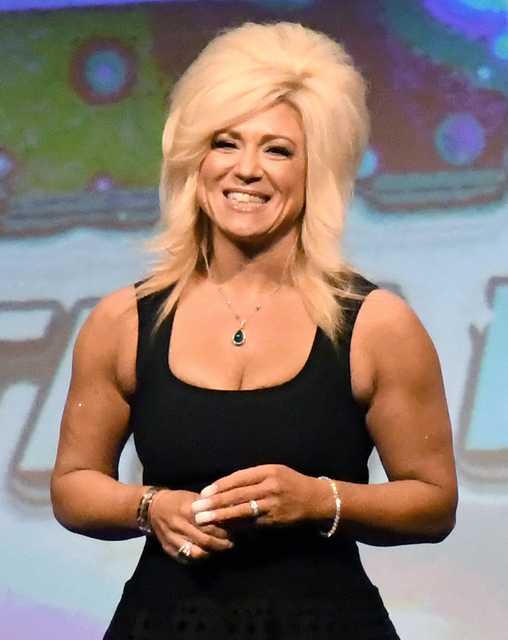 Who Is Theresa Caputo?

While we aren’t here to prove or disprove any physic’s ability, we still have to question how people like Theresa Caputo are able to rise to such fame­­—and remain there despite so much criticism.

Theresa Caputo is most known for hosting the reality television show Long Island Medium. The show follows Theresa as she meets people, mainly in New York, and communicates with loved ones who have passed away. The show is an undoubted success with millions of viewers. Since it began, there have been 176 episodes and the show is still running. But is it the accuracy of her mediumship that draw in the viewers or her bubbly character?

Theresa Caputo is a Performer

Theresa Caputo is that type of person that can make you laugh and cry at the same time. She is amusing. Even I caught myself laughing as she told a small private audience that “the only thing fake about me is my nails and hair color”. She was also not shy of a hug or shoulder rub, which makes her kind of lovable.

Like many others, I was intrigued by Theresa Caputo. Is this a case of seeing is believing or a desperate need to believe that she is communicating with your loved one? Being somewhat skeptical, I continued searching through dozens of videos to see how she does it. It was a little hair-raising.

In a group of around 10 people, Caputo spoke to a woman who had lost her son. “I’m seeing teeth”, apparently the woman had just been looking at her son’s baby teeth. Another woman was told that her mum was telling her to go back to church. This is not all that specific, but Caputo knew that the daughter had been the one to close her mum’s eyes as she passed.

The next woman was told that her mum wanted more lipstick. The lady mentioned how at the funeral, her mum’s lipstick had been smudged and she took out her lip gloss to touch up her mum’s lips. A man visited his aunt every day except the day she died—Theresa knew this.

Why are the Critics So Harsh about Theresa Caputo?

Among those against Theresa Caputo are Inside Edition, Mark Edward (a once self-proclaimed medium) and Ron Tebo (private investigator and founder of SciFake.com. These people strongly believe that Caputo uses well-known manipulation tricks to fool her audience.

These tricks include the Barnum effect and cold readings. The Barnum effect is when a performer will offer a very vague statement that a large number of people can relate to, yet they feel it is so personal that this person has psychic abilities. Examples include “it’s been a hard year so you” or “you have lost someone dear to you”. This year has been hard for almost everyone, but someone could hear this and relate it to a personal experience. Most people have lost at least one person close to them, but the audience thinks the psychic is referring to a particular person.

Cold Readings are when an intuitive person can pick up on signs and use them to create statements that ring true to a person. This can include clothing, jewelry, vocabulary, even accents and body language. If a psychic sees a person wearing an engagement ring, they could home in on romance and love. A mickey mouse t-shirt might imply someone is young at heart, and so on.

Ron Tebo even went as far as to say that Caputo’s staff members interviewed audience members ahead of shows to gain more information.

If this is the case, perhaps the woman was wearing a cross necklace and Caputo focused on the religious aspect. Maybe she had been informed that the man hadn’t visited his aunt that day. It’s also true that when she asked who had a birthday and a young man raised his hand, you don’t need a psychic to say, “Your mum is wishing you a happy birthday”.

A believer would be totally swept away, a skeptic would almost feel sorry for her consistent failings at accurate readings. Tickets cost from $40 to $100 but as many pointed out, you may need close to $30 for parking and if you need a glass of wine, you’re looking at about $17 for a 10oz plastic cup.

The performer knows how to fire up the audience. Who is going to dis a person who starts with the national anthem! The first question was definitely a case of the Barnum effect as you asked, “Who has the dad that passed?” So, she got that one right. She asked if it was due to heart problems, but she was well off with that. And the show went on, generally questions followed by a lack of validation. As one person described it, it was like a game of ‘spiritual whack-a-mole’.

The popularity of Theresa Caputo’s Books

Caputo has written 4 books and become a New York Times best-seller. Titles include Good Mourning, Good Grief, You can’t Make This Stuff Up, and There’s More to Life Than This. Reviews of the books are generally quite positive. Most feel that they offer some support in the healing process. However, her loyal fans say that there is not much new in the books that you wouldn’t have already seen on her shows.

Her website is to an extent, very similar. First impressions make you believe that the site is full of forums, media and giveaways but at least half the site is for members only, costing around $19.99 a year.

The Final Verdict on Theresa Caputo

Some would say what’s the harm if Caputo can provide some healing for those in need? Others feel that watching the tears of people who think they are getting a message from their loved one is just too heartbreaking to watch. Those how are determined to reveal psychics as fakes have made a good point. When fake psychics drum up so much attention, they are making it far easier for con artists to take advantage of the vulnerable. As a percentage of all Caputo’s sales goes to charity, I don’t think I would mind spending the money to the action with my own eyes.