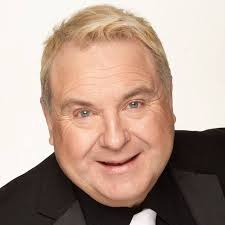 Who is Russell Grant?

The name brings of nostalgic memories of the 80s and 90s in the UK, with Russel Grant being one of the most popular astrologers in this time. Though many look back and remember reading their weekly horoscope, Russel Grant has been a regular character on the TV and stage for more than just his astrological skills.

Russell Grant had a humble childhood growing up in a council house in Middlesex, England. His parents worked at Pinewood Studios, possibly explaining Russell Grant’s enthusiasm for the stage. His mother worked in the contracts department while his father designed sets. His career in entertainment began at Butlins’s, a chain of seaside resorts in the UK.

From Exhibitions to the Royal Astrology

The Queen Mother could have stopped at any number of exhibitors at the 1978 British Astrological Association Exhibition. She stopped at Grant’s stand where he complied an astrological chart for her. This was rare, to say the least. Grant became the first astrologer for a royal in 300 years and the first person to give a royal reading publicly in 400 years. He was then introduced to Princess Margret and Lady Diana and then becoming known as the Royal Astrologer.

The following year, Grant made his first TV appearance on the show Extraordinary. Over the next 15 years, he made regular appearances on breakfast television shows like Breakfast Time, Good Morning Britain, After Nine, and This Morning with Richard and Judy.

His guest appearances as an astrologer led to him gaining more roles as a presenter. He co-hosted a daily show called People Today and presented a celebrity zodiac quiz show, Star Choice. His own shows also included:

Russell Grant is keen to take part in reality TV shows, especially when it comes to helping those in need. Grant appeared on Celebrity Who Wants to Be a Millionaire, where winnings are donated to charity. He also appeared on All Star’s Family Fortunes and Paddy’s Show and Telly. In both cases, he won £10,000 and donated both winnings to the Alzheimer’s Society—a matter close to his heart after losing both grandmothers to Alzheimer’s.

Other shows include Strictly Come Dancing, Celebrity Get Fit and Celebrity MasterChef. It’s safe to say there isn’t much Russell Grant won’t turn his hand to for the sake of entertainment.

Russell Grant and the Starlettes

No Matter What Sign You Are is a psychedelic pop song originally sang by Diana Ross and the Supremes. The original song never reached its expected popularity, so we aren’t sure if the Russell Grant and the Starlettes version was a bit of a joke or just so relevant to Grant’s astrology fame that it was the logical choice of song, with the first 4 lines just a list of the star signs.

Ironically, the song goes on to say that there is no need to look to the stars for an answer, or “let astrology chart our destination” because no matter what sign you are, “you’re gonna be mine”.  The 80s cheesiness continues with lines like “Your water sign just lit my fire”. Their version of this song made it to 87th position in. the charts. Still, this didn’t stop Russell Grant and the Starlettes releasing another song, What Is Love.

What Can You Find on The Russell Grant Website?

The short answer to what is on the Russell Grant website is—an awful lot. You can have psychic readings by text, email, or calls. It’s worth bearing in mind that you will have a reading with a psychic, not Russell himself. You can read through a list of physics available and request your preferred psychic with their individual pin number. Calls cost £1.50 a minute but you can buy packages at a discount. We do like how there is a maximum spend limit of £45, which seems quite ethical compared to other sites.

There is a section where you can send your questions to Russell and he publishes replies to some of them online. There is a huge range of free and paid-for reports including birth charts, numerology reports, and love and romance reports. You can find a massive list of different personal horoscopes such as:

If you are interested in Tarot readings, you will find live Tarot readings, daily Tarotscope, and email you Tarot question. Russell Grants latest psychic venture is Pet Psychics, which can help you understand what is going on in your pet’s mind or why they are behaving in a certain way. Your pet psychic question is going to set you back around £13.95!

The site really does have something for everyone. The list and explanations of famous haunted places across the UK is interesting and the monthly magazine is full of fashion, recipes, advice, interviews, and horoscopes, along with quite a few photos of Russell!

The only downside about the website is that it is full of adverts, which can be frustrating after a while. Nevertheless, considering all of the information available, we can put up with this.

Russell Grant is pretty much a household name in the UK and has done an excellent job at maintaining a solid reputation as an astrologer and as an entertainer. There is something about his bubbly personality that makes the British continue to love and respect him.