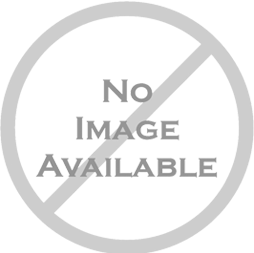 The Hermit has a long grey beard but doesn’t appear to be old. He looks down towards the snowy mountain he is stood upon. The atmosphere is cold, but the sky is semi-dark, his grey robe almost blending in, his ego disappearing. He has a golden wand in his left hand and a lantern in his right. He is facing west, leading to mystery and retreat.

Inside his lantern, there is a six-pointed star. This star is not to light his path but instead to brighten the path of others. The Hermit’s head is bowed down, perhaps in prayer, perhaps in contemplation.

The Hermit has gained spiritual enlightenment, represented by the twilight sky. His white hair and beard and the snow underfoot is a symbol of wisdom, a sign that he has become innocent once again. The cloak of gray shows that he now comprehends the degree of things and that not all is black or white.

The wand he holds is the same as that from the minor arcana suit of wands. It is a symbol of fire and passion. Being in his left hand, he is privy to the secrets that the majority do not.

If you draw the Hermit card, it is a sign that you need to withdraw from the world and your attachments to it. A breakaway or holiday will not be sufficient. Enlightenment will require you to free yourself from your mind, emotions, and spirit.

You have to look to your inner self in order to find the answers. Try to turn your attention away from worldly achievements and focus more on a profound comprehension of everything. The Hermit is alone, but this doesn’t imply he is downhearted. You too can find peace by looking within.

You may find that there is a spiritual guide in your life. Although this person doesn’t claim to be a spiritual master, they are still wise. It can also mean that you might be helped by someone who isn’t conserved with worldly rewards to help them.

Inverted, the Hermit suggests that you are too involved with yourself and circumvent from the world. Though the Hermit has his lantern ready to guide others, nobody appears to need it. This card is telling you that there is no point in waiting and that you need to make an effort to get what you want from the world. You have learned plenty that will help you.

In this position, the Hermit can also warn of those who think they are intellectually above the rest and then feels rejected. Such people might be intelligent, but they are far from wise. They assume they have been rejected because they are superior. The Hermit isn’t rejected, he has chosen his path.

You might have had a long journey that has tough you a lot, but you need a rest because of it. Take some time to be alone and reflect. You may want for friendships and company but it’s the time alone that will make you stronger.

It’s important that you turn to your inner self to find answers. You have the knowledge, but you just need some time alone to observe your thoughts and viewpoints. Being lone will allow you to better concentrate.

There are two possible meanings. Either you have been contemplating what has been concerning you for long enough and now its time to move on, or that you will be coming to this realization soon.

You will find the answer to be yes.